The Many Voices of Thurl Ravenscroft, The Man Behind Tony the Tiger 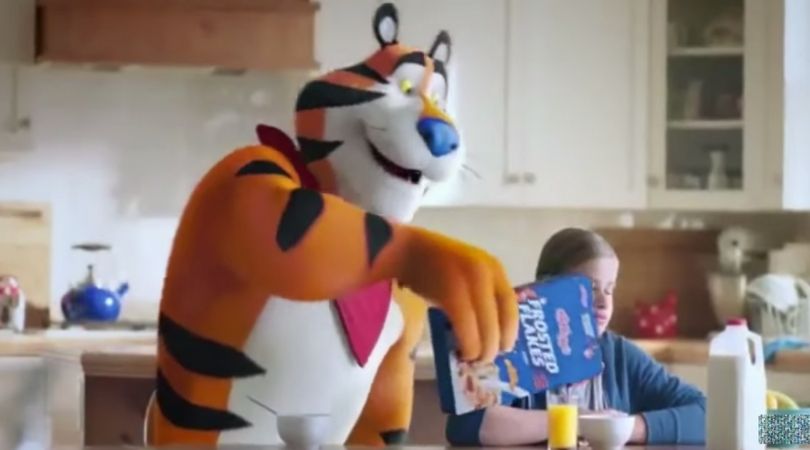 Thurl Arthur Ravenscroft was a bass singer and American voice actor most commonly known for his work with Kellogg’s. He made a career working with the brand for over five decades, as well as other well-known animated characters.

From Singing to Voice Acting

Born in Norfolk, Nebraska, Ravenscroft moved to California to study at the Otis Art Institute. He joined The Mellomen, a singing group that rose in popularity during the Big Band era of music. They sang for some of the biggest acts. Singing backing for recording artists such as Bing Crosby, Spike Jones, Rosemary Clooney, and Frankie Laine was among some of their accolades. The Mellomen even worked on Disney films on the 1940 Pinocchio film, Alice In Wonderland, as well as Lady and the Tramp.

In addition, Ravenscroft landed a voice acting role in Pinocchio, as Monstro the Whale. His voice sang the opening songs for The Mickey Mouse Club and Boys of the Western Sea. Rounding out his extended work with Disney is the Pirates of the Caribbean ride at Disneyland. He also voices Uncle Theodore at the Disneyland Haunted Mansion ride. He can be heard towards the end of the ride. He is Fritz of the animatronics in the Enchanted Tiki Room. This is just a glimpse of the Disneyland fun he has contributed to.

Ravenscroft also can be heard on Looney Tunes, at the Warner Bros. studio. Outside of doing studio work with Rosemary Clooney with The Mellomen, Ravenscroft sang bass on This Ole House and later sang with the Johnny Mann Singers in the 1950’s.

Perhaps his most well-known work was as the vocalist singing the holiday classic, “You’re A Mean One, Mr. Grinch“. In case the technical term of “bass singer” was lost on you, that is what it means. Due to a crediting mixup, for a while, it was believed that Boris Karloff, the cartoon narrator, was the singer.

For Kellogg, Ravenscroft’s contributions are just as notable. He voiced the famous Tony the Tiger for Kellogg’s Frosted Flakes cereal. He’s the one booming the catchphrase “They’re Great!” that no doubt boosted the Frosted Flakes sales with his enthusiasm! Even though Tony the Tiger’s voice was taken over by Lee Marshall in 2005. However, at times some of his commercials are still used and are in circulation!