Whatever Happened to Timmy From ‘Passions’? 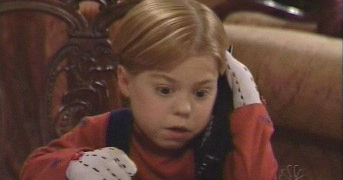 American Actor Joshua Ryan Evans was best known for his role in the daytime soap opera Passions. The show depicted the lives of New Englanders in a town called Harmony. Evan’s character, Timmy, was the living doll of the town’s Tabitha Lenox, a witch played by Juliet Mills. She brought him to life and the two created moments that show-watchers will never forget.

Evans was born on January 10, 1982, in Hayward, California. He began his acting career at the age of 12. Already, he’d been diagnosed with the condition that got him typecast — Achondroplasia. The condition stunted Evans’ growth and he stood at 3’2″ for the majority of his life. Thus, many of his roles were child or toddler roles. The early life of Evans and his family remain fairly private. Not much is known about their lives before Josh or after his untimely passing.

Josh Ryan Evans’ first acting gig was as “The Dancing Baby” in an ice cream commercial. It paved the way for his role in Baby Geniuses, where he alone played all of the babies and did all the dancing. From there he played Oren Koolie, a recurring guest star on Ally McBeal. Oren Koolie is a child lawyer who is disliked by the main character, another attorney, Ally. Passions was his longest-running role. Appearing in over 132 episodes throughout his career. Evans also appeared in various episodes of popular TV series including 7th Heaven, Family Matters, P.T. Barnum, as General Tom Thumb, and Hey Arnold as a third-grade student. In addition to television roles, he appeared in How The Grinch Stole Christmas with Jim Carrey as the Young Grinch.

Evans passed away unexpectedly on August 5, 2002, due to complications during a medical procedure for a congenital heart condition. To reflect his passing, as he was still portraying Timmy at the time of his procedure, his character died in the show. It shocked viewers, but at the very least it offered closure.

Watch: Get Cozy With a Danny DeVito Mermaid Sequin Pillow