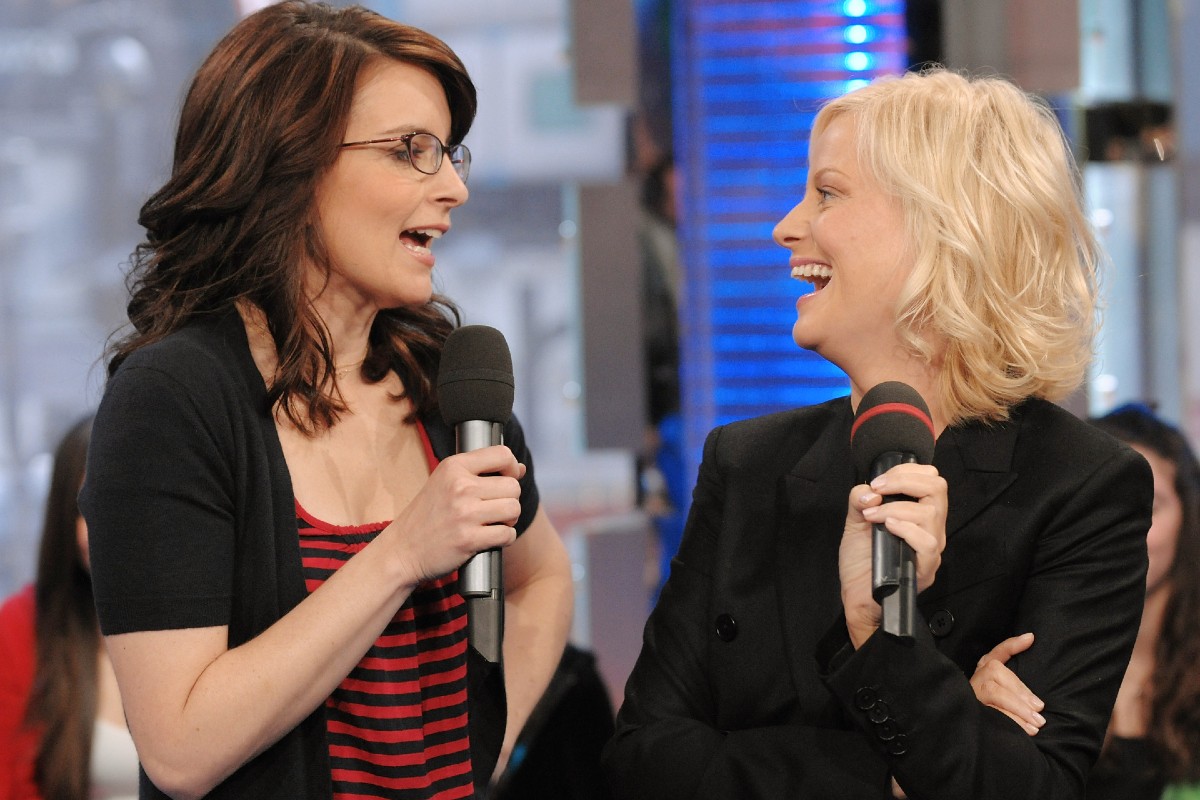 It’s been more than two decades since Tina Fey met Amy Poehler at Chicago’s ImprovOlympic one fateful day. The two funny ladies have been best friends ever since. How did the enviable friendship between the two ladies of comedies come to be? Let’s look back at the timeline of how the 30 Rock and Parks and Recreation stars became comedic icons and best friends:

Fey and Poehler met for the first time at an ImprovOlymic class in Chicago. The improv theater’s co-founder, Charna Halpern, facilitated the introduction. As Poehler remembers, “She said there was another new improviser in another one of her classes whom she thought I would really like. Her name was Tina and she was like me but with brown hair.?

It was friendship at first sight. ?They were just instantly brilliant,” Halpern says. “They were not the typical women who get steamrolled by men. [They] were no shrinking violets. They were bold and ballsy and fearless.?

How They Became Hollywood’s Favorite Funnywomen

Next, the ladies would head to New York City. Poehler moved first in 1966, taking her Upright Citizens Brigade sketch group with her and leaving behind an open spot with the Second City touring company. The future Mean Girls star ended up taking her spot. ?… I must say, as a point of pride, that I didn?t get the job because I was a woman,” Fey wrote in her memoir, “Bossypants”. “I got the job because Amy Poehler moved to New York with the Upright Citizens Brigade and I was the next best thing.?

The following year, Fey moved to New York to write for Saturday Night Live on NBC. After years of begging, she convinced Poehler to join SNL in 2001. ?I was so happy,” Tina penned in Bossypants. “Weirdly, I remember thinking, ?My friend is here! My friend is here!? Even though things had been going great for me at the show, with Amy there, I felt less alone.?

It was around this time that Maya Rudolph joined SNL, joining Fey as a castmember. Rudolph also became close friends with the two women. “I?m very lucky that over the years I have had these women in my life,” Rudolph says. “When we first started, we were working at SNL in our 20s and 30s, and in a lot of ways, we were kids. I moved to New York City right before September 11. I was a single gal working crazy hours. I didn?t know how to take care of myself, and I learned a lot from these women.”

Maya, Fey, and Poehler would go on the host the 2017 Academy Awards show. The three co-hosts had seemingly effortless chemistry, bantering and even roasting a few of the Oscar winners.

Tinay and Amy’s Work Together

Tina and Amy have appeared in a fair number of SNL sketches — like the famous Sarah Palin-Hillary Clinton sketch and Weekend Update. The women have co-starred in movies like Baby Mama, Anchorman 2, and Sisters.

The co-stars famously heckled Neil Patrick at the Emmys. In 2015, they hosted SNL together on the same weekend. Fey and Poehler also hosted Golden Globe Awards together three times. The dynamic duo is set to host the 2021 Golden Globes. The news was announced by Poehler (posing as NBC Entertainment communications chief Chip Sullivan) at the Television Critics Association?s Winter Press Tour in Pasadena.