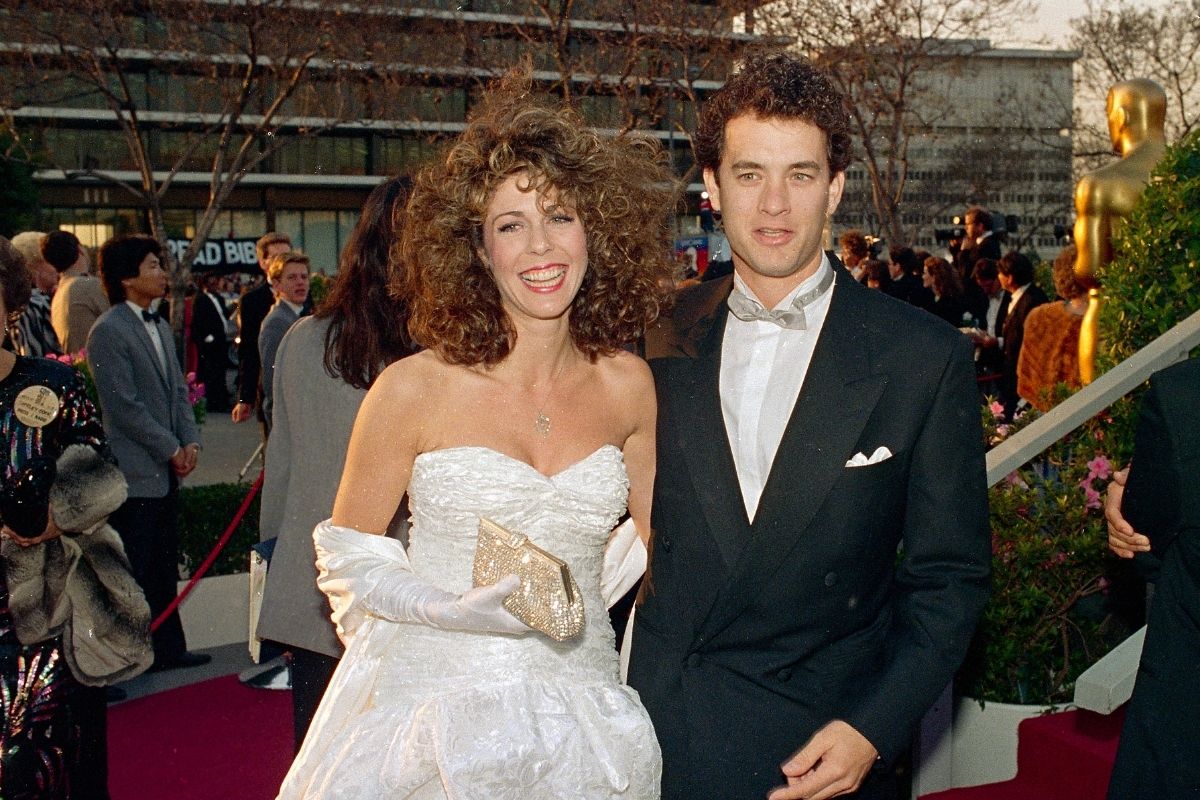 Tom Hanks is America’s favorite. Period. The Oscar-winner provides viewers with a sense of genuine comfort, filling up feel-good roles like Mister Rogers, Forrest Gump, and even Sheriff Woody in Toy Story. When Hanks surprise-hosted the first at-home episode of Saturday Night Live at the start of the COVID-19 pandemic, he was just the face we wanted to see. In tough times, it’s helpful to hear from such a calming voice. Even when you know he’s just acting, Tom Hanks has a transformative power that can warm our hearts. Whether it’s in a rom-com, war drama, or patriotic display. So read on to remember one of Hanks’ first ever talk show appearances at with David Letterman ? in which Hanks’ boyish spirit is on full display.

The Start of David Letterman

David Letterman is a late night institution. But in 1985, when Tom Hanks first visited his show, Letterman had only been on the air for a few years. At the time, he was hosting Late Night with David Letterman on NBC ? the Indiana native would not make the move to CBS primetime for The Late Show with David Letterman until 1993. (Conan O’brien, then Jimmy Fallon, and finally Seth Meyers would take over NBC’S Late Night.) But before finding fame on his own late night stage, Letterman headed an NBC morning show. Although it was short-lived, Letterman found professional support in his mentor Johnny Carson. He’d frequently been a guest host and stand-up performer on The Tonight Show Starring Johnny Carson; Letterman’s own Late Night was designed to follow that venerable program’s time slot.

Filmed in New York City at 30 Rock (not the Ed Sullivan Theater), this new talk show was overseen by executive producer Johnny Carson with a different demographic in mind: young men. David Letterman was restricted from too much overlap with the format of Johnny Carson’s Tonight Show, and as such he had no sidekick, no horn section (sorry Paul Shaffer), and most importantly, no old Hollywood celebrity guests. The formula worked.

As the markedly younger network host, Dave Letterman quickly appealed to a fresh crowd, earning five Emmy awards in the process. His head writer (and romantic parner) Merrill Markoe pushed the envelope with delightful material like “Stupid Pet Tricks”, “Stupid Human Tricks” and “Viewer Mail.” But most notably, Letterman featured up-and-coming stars. (Sometimes in crazy scenarios.) Among them, Tom Hanks, who appeared on the program in 1985. His show continued successfully until Jay Leno was ultimately chosen to replace Johnny Carson and Letterman moved on to CBS.

In his first guest interview with David Letterman, Tom Hanks’ 1985 appearance does not look the debonair family man we recognize today. Sporting his old poofy hair, but with the same goofy grin, this Hanks describes excitedly snagging a ticket to see Bruce Springsteen the night before his interview. “A friend of mine knows somebody who works for ABC radio. He might have a friend who works on the staff, we might be able to get you a ticket… The concert stars at 8. 7:15, I find out we got one ticket. One!” Hanks tells the the talk show host. It’s hard to imagine this future A-lister ever struggling to get in to see the Boss. But in 1985, Hanks had only just broken out with his role in the mermaid fantasy Splash. It would be three more years until Hanks acted in Big, earning his first Academy Award nomination.

But 1985 was a big year for Tom Hanks for a different reason. He starred in the screwball comedy Volunteers alongside John Candy… and another striking co-star: Rita Wilson. At the time, Hanks was still married to his first wife, Samantha Lewes (with whom he shares his older children, Colin Hanks and Elizabeth Hanks). But Volunteers marked the reunion of Wilson and Hanks, who had crossed paths in Los Angeles on the set of the TV show Bosom Buddies. Having been attracted to one another during Bosom Buddies, Hanks soon separated from Lewes. He and Wilson went public with their relationship at the premiere of Three Amigos in 1986. In addition to sharing personal stories, Hanks came prepared with a packet of funny polaroids taken while he, Wilson, and Candy were shooting on-location in Mexico (disguised as Thailand).

Watch: John Lennon Explains Why The Beatles Broke Up on ?The Dick Cavett Show?