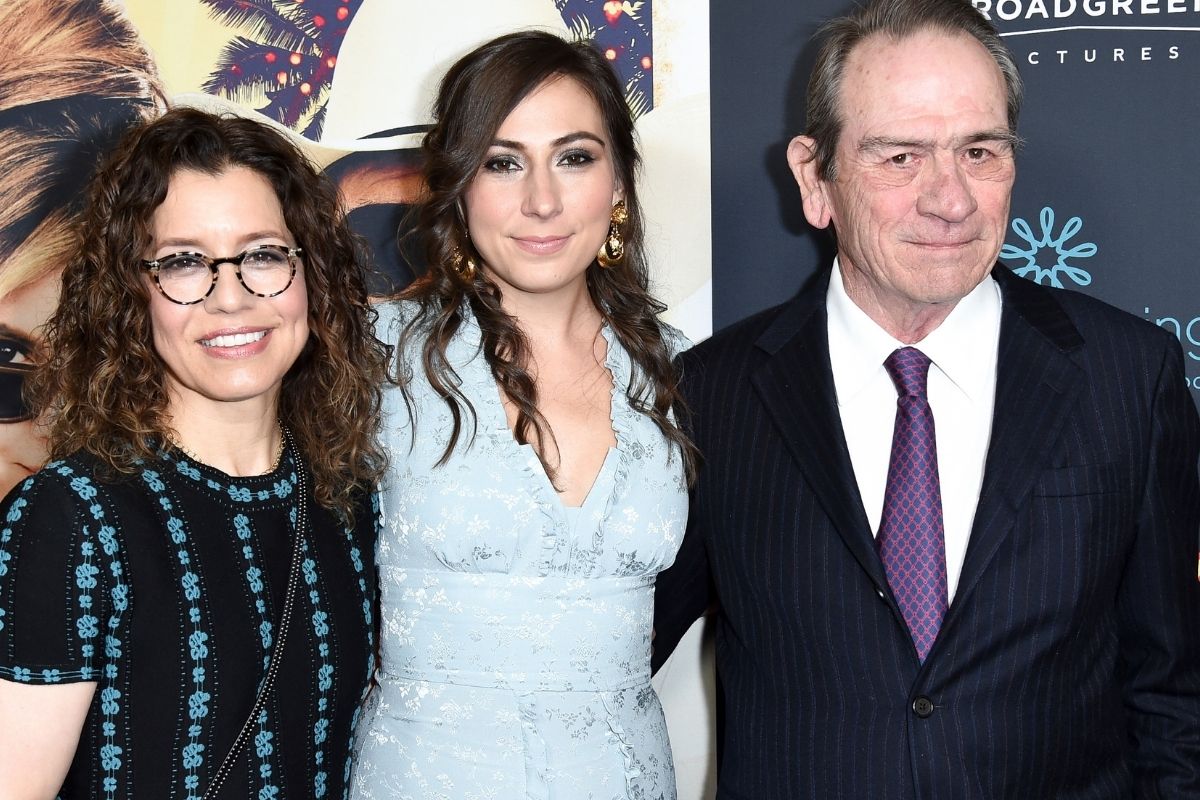 American actor Tommy Lee Jones is the real deal. A real Texan, a real cowboy, and scary to most who encounter him in any setting other than watching him on a screen in his box office hits like Batman Forever, Man of the House, Jason Bourne, Men In Black, The Executioner’s Song, Lincoln, and No Country For Old Men. Although he has a lengthy IMDB list of projects he’s done, these are our favorite!

Let’s not forget his amazing portrayal of Clay Shaw, who was the only person prosecuted in connection with the assassination of JFK. Despite him sometimes portraying ‘tough’ characters, there is one person who feels the complete opposite sentiment. That is his beautiful wife, Dawn Laurel-Jones.

Tommy Lee Jones’s first wife was writer and actress Kate Lardner. Together for seven years, they eventually called it quits. His second wife was another actress, who he met on the set of Back Roads, set in his home state of Texas. (He was born in San Saba.) Kimberlea Cloughley married Lee in 1981. Cloughley is the daughter of Phil Hardberger, who is the former mayor of San Antonio, Texas. From the marriage, the couple had two children, Austin Leonard born in 1982, and Victoria Kafka born in 1991.

After over a decade together, the Oscar winner was divorced for the second time in 1996. Tommy Lee Jones met his third wife, and longtime girlfriend, a photographer named Dawn Laurel. Their love story began after meeting on the set of Jones’s film The Good Old Boys. They now both reside in Terrell Hills, Texas just outside of San Antonio. Fun fact, did you know Jones is fluent in Spanish? He even used the language to good effect in Men in Black!

Tommy Lee Jones is the proud father of two, who have decided to follow in their father’s footsteps and have pursued entertainment careers. Austin, born in Auckland, New Zealand, is an actor and composer. He’s known for his work in Frontera, Metamorphosis: Junior Year, and The Homesman, a 2014 frontier film directed and produced by his father. He plays a banjo player in the film.

His daughter, Victoria, has also acted with her father. When she was just 14-years-old, the actress was working on the Hollywood film, The Fugitive with her father. Apparently, during her time working with him, she refused to get out of bed for her 5:30 a.m. call time. The star and polo player told her that she was fired and left for the set without her. Coming from a man who has directed and starred in his own feature films (The Three Burials of Melquiades Estrada), this seems pretty par for the course. But, still pretty harsh for a father. Luckily, the staff got the teenager to set and she was able to finish filming. She later appeared in other movies alongside her father including Men In Black II, Three Burials of Melquiades Estrada, and in the television series One Tree Hill.