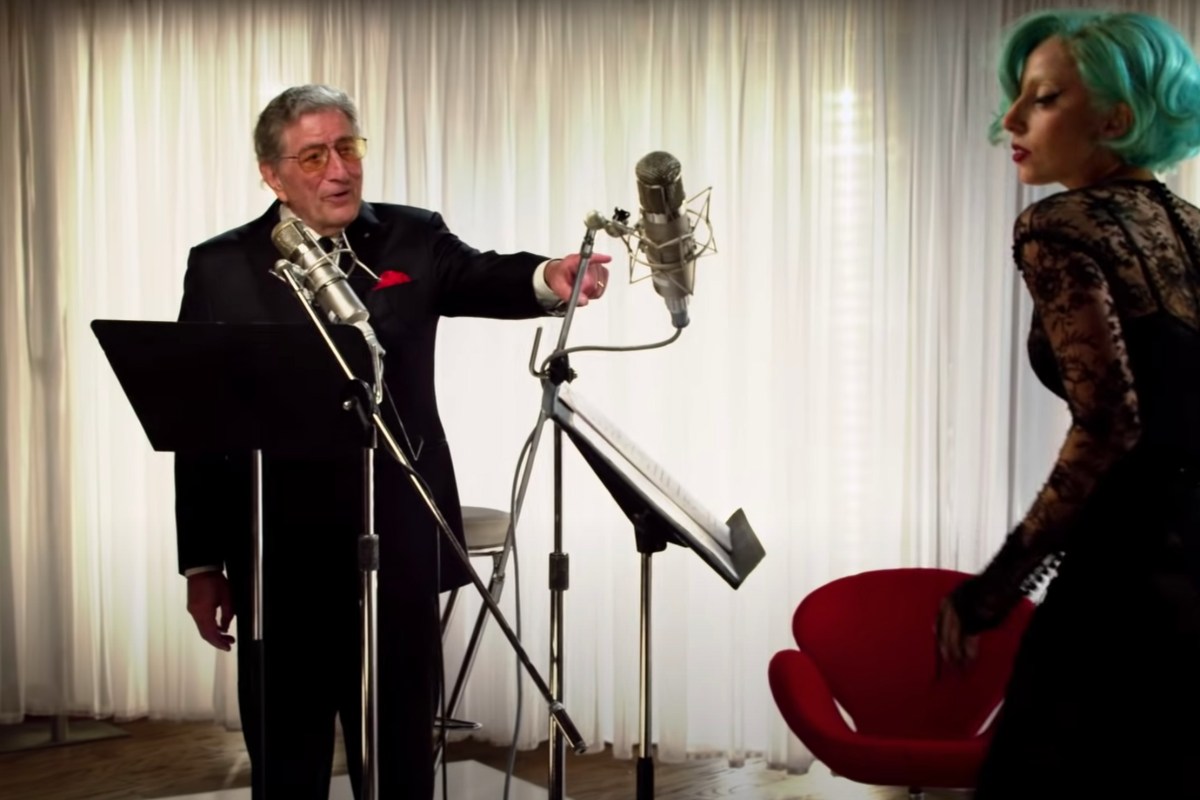 Tony Bennett had been around in the entertainment industry for nearly a century! He will celebrate his 94th birthday later this year, in the fall. The singer is most famous for his signature song “I Left My Heart In San Francisco”.

Anthony Dominick Benedetto was born in Queens, New York City in 1926. He attended the High School of Industrial Arts in New York City. He did not finish, however, due to a struggle in familial finances. Bennett started a job as a singing waiter. He spent some time serving in the Army during World War II and with his G.I. Bill, he started studying at the American Theatre Wing under the tutelage of Mimi Spear.

He was discovered by Pearl Bailey in 1949 while performing under the name Joe Bari. He was then presented with the opportunity to open for Bailey’s show in Greenwich Village. He attracted much attention, including from Bob Hope who encouraged him to take the stage name Tony Bennett and took him out on the road. Bennet was signed to Columbia records in 1950 and produced His early hits “Cold, Cold, Heart”, “Rags to Riches”, and “Because of You”.

My life changed forever during the 1950s. I was signed to Columbia, and released my first single, Boulevard of Broken Dreams. In just a few years, I achieved more than I could have ever dreamed! © Herman Leonard Photography, LLC

A growing interest in Jazz led to working with Count Basie. He released the record Basie Swings, Bennett Sings featured Chicago and Jeepers Creepers. In 1962 he released one of his biggest songs, “I Left My Heart in San Francisco.” The song won him his very first Grammy Award for Best Record of the Year as well as Best Solo Vocal Performace. Two of his other songs that charted successfully were “The Good Life”  and  “I Wanna Be Around”.

Creative difference between the record label in the sixties, let do Bennet leaving Columbia Records in the early seventies and founding his own label, Improv. On Improv, he recorded The Tony Bennett/Bill Evans Album (1975) and Together Again (1976), arguably some of his best work. Shortly afterward he stopped recording.

61 years ago @countbasieofficial and I released Basie Swings, Bennett Sings. This album was the beginning of beautiful relationship between Count and I, both musically and personally. #linkinbio

In 1986, Bennett resigned to Columbia Records and released The Art of Excellence, his first studio record in a decade. Thanks to his son, Danny Bennett who became his father’s manager helped him appear on talk shows like Jay Leno, David letterman, and on The Simpsons. He performed on MTV Unplugged, which earned him Grammy Awards.

Outside of musical work he’s also an author. His first book, released in 1996 called “Tony Bennet: What My Heart Has Seen. The next, The Good Life: The Autobiography of Tony Bennett. Tony Bennett in the Studio: A Life of Art & Music (2007) and Life Is a Gift: The Zen of Bennett (2012). Today, Bennett spends time with his wife, Susan Crow. He has four adult children that love and support him in all of his endeavors.

Watch: Lithuanians Smuggled Books In The 19th-Century to Save Their Language