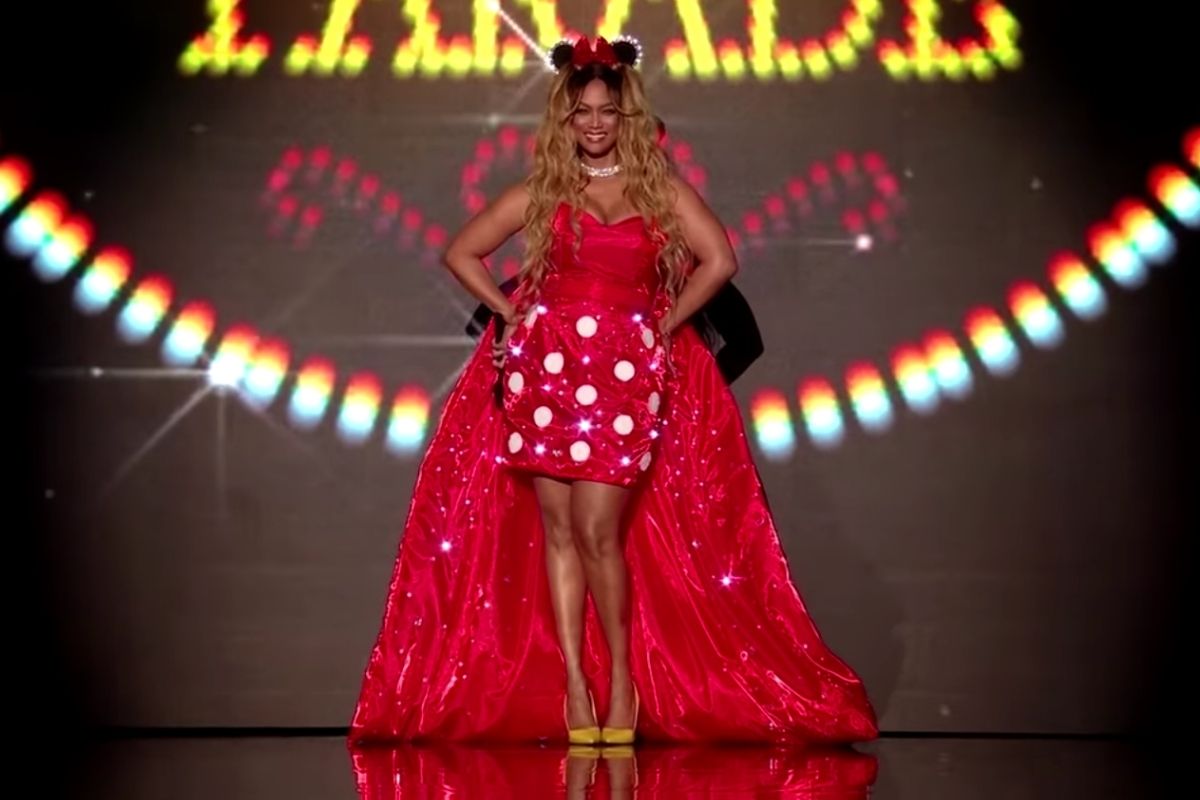 It’s official: Tyra Banks will return to host Season 30 of Dancing with the Stars! Last season, Banks had to fill the shoes of old co-hosts Tom Bergeron and Erin Andrews who were peacefully fired when ABC decided to take a new direction with the show. Bergeron and Andrews were beloved by DWTS fans, and although the duo said nothing bad about ABC’s (surprising) choice, Banks still received heavy criticism… much of which seemed unnecessary considering the show was being filmed virtually due to the COVID-19 pandemic.

Handling the haters with class, Banks told US Weekly after the reality tv show’s second episode for Disney week, “Every host messes up. It’s just normal. It’s live TV. If it wasn’t live, there would be no mess-ups. Even on America’s Next Top Model, I would mess up and tell my editors to leave it in. That’s what makes things human and makes like live.”

Banks has 25 years of experience as a TV host, including America’s Got Talent, FABLife, True Beauty, and on her own talk show, The Tyra Banks Show. Not to mention her accolades as a supermodel, an author, and a two-time Daytime Emmy winner… Banks clearly has enough experience to basically anything she wants in television and Hollywood. But in my opinion, Banks re-directed the criticisms in a wonderful way that should make people respect her more.

She told US Weekly, “If I didn’t want to mess up, if I wanted to be perfect, I know how to do that. There’s a very clear way as a host that you just read the words and you’re perfect and you know exactly how to do that. But when you’re relaxed and you keep it real, the mess-ups happen. And the producer in me knows that even though somebody might be like, ‘Oh, my gosh, you’re messing up!’ it’s live, and it’s real. It’s better than being like a doll.”

Again, I respect the fact that Banks simply redirected the criticism of relating to her audience of just being human and owning the fact that she will make mistakes and have mishaps on live tv. Also, I don’t understand why she needs to suffer through those criticisms when you have contestants like Carole Baskin from Tiger King on this new season. And to add on to that, criticizing celebs this way is just an unnecessary use of breath. I don’t care if hiding behind a screen on social media just to say the wrong words makes you feel better.

WATCH: Carole Baskin Would Not Approve of This Joe Exotic Halloween Costume