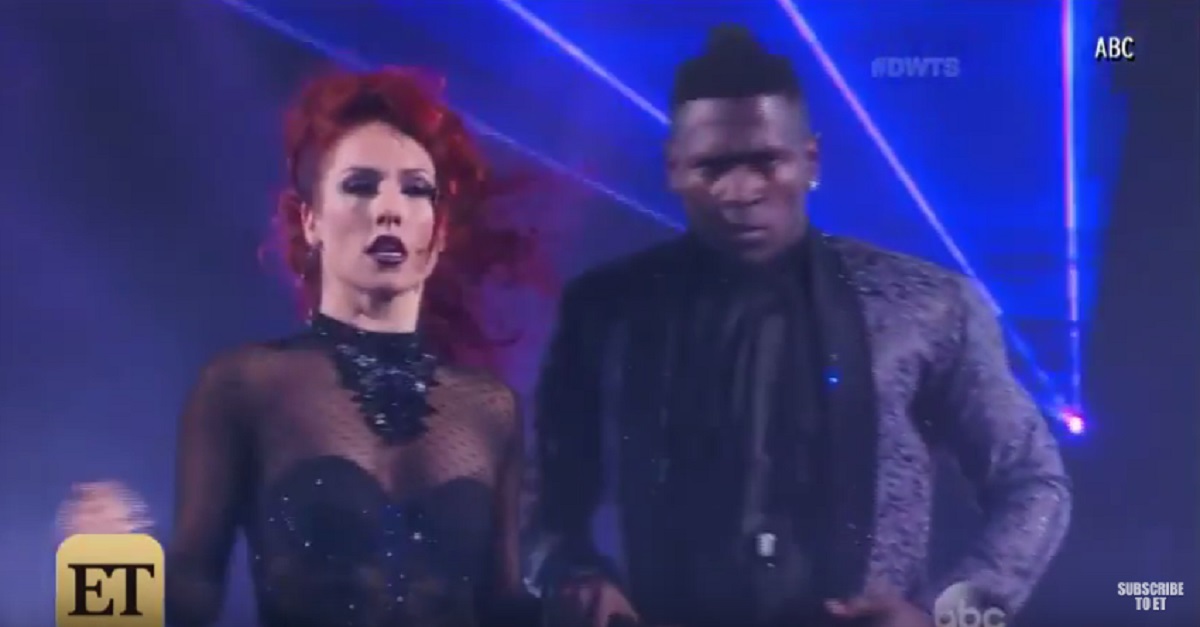 As the dancer performed the tango with NFL star Antonio Brown, her black bustier dress did little to support her. That is, it slid down exposing Burgess’ chest.

To disguise the embarrassing situation, ABC’s camera abruptly turned away.

Quite possibly making matters worse, producers flashed a Dancing With the Stars” logo over the entire screen for a couple of seconds.

Viewers already knew what was happening.

When the dancing was over and judges began their analysis of Burgess’ performance,  host Tom Bergeron said he was interrupted by producers asking him to help Burgess with her wardrobe malfunction through his earpiece.

“They said to me, ‘Look at Sharna’s top'”, Bergeron said. “I’m only doing the producer’s bidding. Pull it up, just a touch, just for the family.”

Bergeron blocked cameras as he stood in front of Burgess so she could address the situation.

RELATED: An armed good Samaritan was shot dead in front of his wife while attempting citizen’s arrest, and how it all went down is an outrage

Burgess played it off exclaiming, “Ten!” and  threw her arms in the air.

Bergeron turned to cameras in support and also said “I give it a ten.”

Judges awarded their performance a strong score of 24 out of 30.

Not bad, considering what they were looking at.