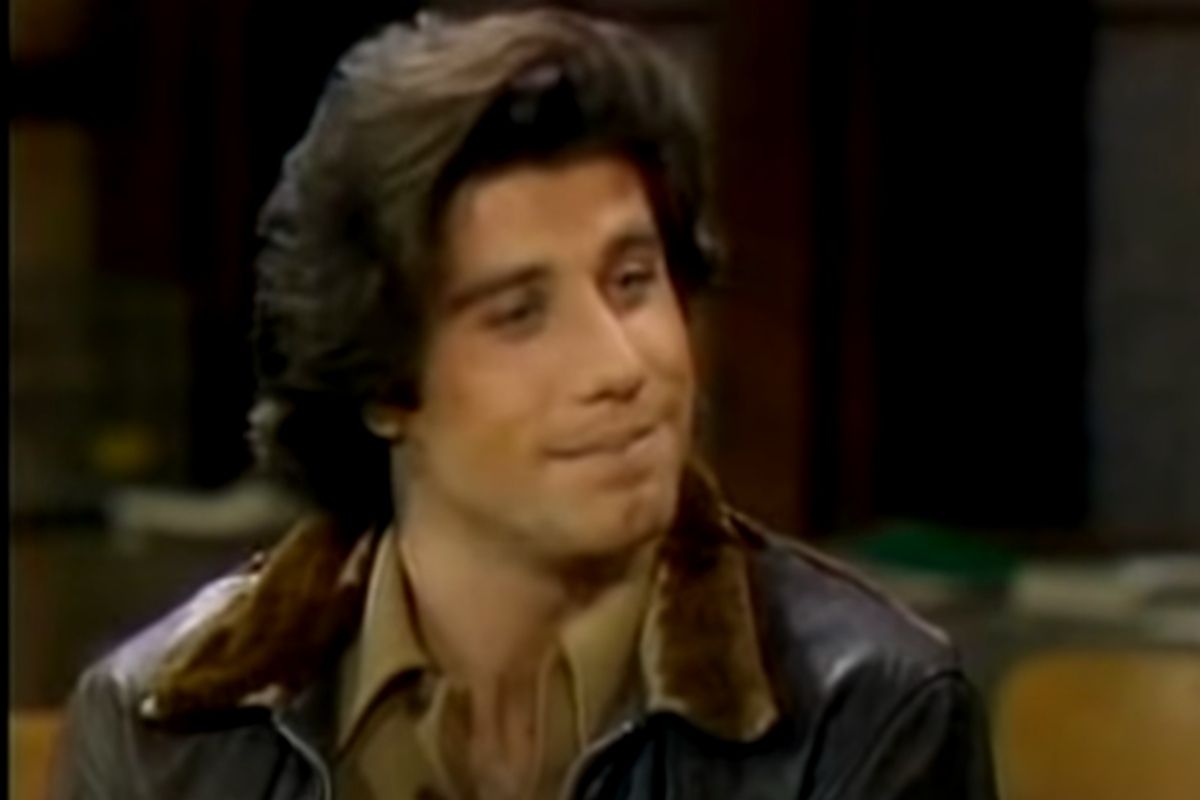 John Travolta’s career has spanned for decades. From hit films like Pulp Fiction, Grease, and TV shows like The People V. O.J. Simpson: An American Crime Story, he’s brought a variety of roles to life. His big start was as Vinnie Barbarino in the tv series Welcome Back, Kotter.

Welcome Back, Kotter was a 1970s sitcom that aired on ABC. The show ran for 4 seasons, filming 95 episodes from 1975-1979. The show focused on a sarcastic teacher (Gabe Kaplan) as Gabe Kotter, who teaches math to students who are referred to as “Sweathogs”… ? The class consists of various racial and ethnic backgrounds. And Like Forrest Gump, it’s about people who suffer a little in the IQ area at the James Buchanan High School in New York. The Sweathogs are assumed to, at some point, going to drop out, but Mr. Kotter forms a great relationship with his students and helps change their lives. They even visit his home for advice; his wife Julie, Marcia Strassman, is not a fan.

Actor Robert Hegyes played Juan Epstein, along with Lawrence Hilton-Jacobs (Freddie “boom boom”), Arnold Horshack as Ron Palillo, and John Sylvester White as Mr. Michael Woodman fill out the cast, along with the tv series’ breakout star, John Travolta. However, Travolta’s mom, Helen Cecilia Burke Travolta, almost kept him from taking a role in the show. She was not only his mother but also an acting teacher. She knew her son was talented and that many actors get typecasted and have less than stellar Hollywood careers. According to Travolta, ?She didn?t want people to think that I had a New York accent or that I behaved in that less-than-ideal IQ way. She was saving my reputation because she didn?t think I?d ever become famous playing a dumb New York character!?

However, from the show, he was seen as a heartthrob, and the show was one of the most popular on TV. He received offers for movies including Saturday Night Fever, followed by Carrie and Grease from the show. He left the show just before the show finale, a classmate to his fellow Sweathogs until the end.

Watch: Why Danny And Sandy Didn?t Return For ?Grease 2?