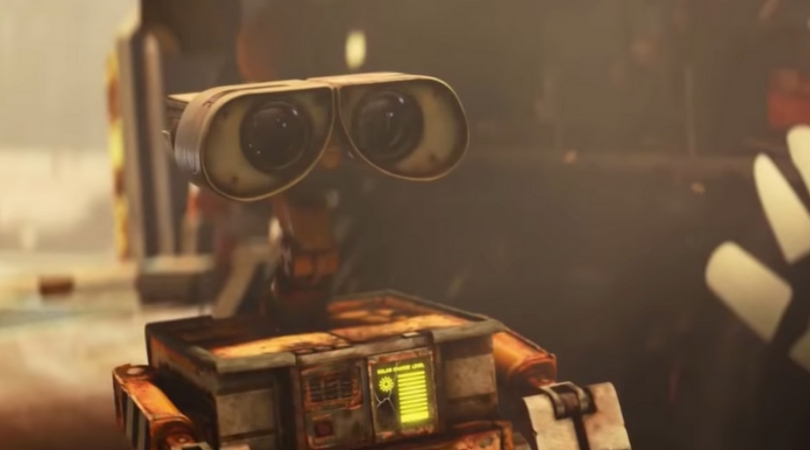 Pixar fans out there know that every time they go see the newest production, there will be little nods throughout the movie to other Pixar films. Some foreshadow other movies, others are hints from past films. The definitive 90’s flick Toy Story and the 2008 release of the Disney Pixar Wall-E films came out in two completely different times are have pretty different plots, but are linked in an unassuming way. Without one, the other wouldn’t exist.

Disney Pixar’s Toy Story portrayed every child’s wildest dream with their animated film about toys that were alive when their owner wasn’t there- we’ve all seen this. A whole decade before the hopefully-distant-dystopian Wall-e was even released, the idea of the film was born. The concept came in 1995. Towards the end of the writing process for Toy Story, in a lunch meeting writers John Lasseter, Pete Docter, and Joe Rantif were pitching new movie ideas with director Andrew Stanton.

Finding Nemo, A Bug’s Life, Monsters, Inc, and others were invented in this meeting. The director Andrew Stanton posed a simple question “What if mankind had to leave Earth and somebody forgot to turn off the last robot?” They didn’t have the answer then, but Stanton was drawn to the idea of a lonely creature falling love.

The plot and characters evolved many times before the end product. Years later that question became Wall-e. Apparently, the team had been struggling to make the characters of Toy Story more appealing for a while. They were in a search for more engaging types of characters. At the time, the writers weren’t sure about how successful a movie would be if there were only silent characters.

However, after Finding Nemo’s succeeded in 2003 where movie-goers were shown a believable underwater experience for a large portion of the film, Andrew Stanton became more confident in the concept of directing a movie where the characters were in outer space and silent. These characters would communicate through body language and robotic noises and sounds. So, they continued with the wall-e project.

That Wall-E project, by the way, was being worked on under the title “trash planet” for the first few months. Probably because of the state of the earth in the story. If you have seen the movie, you know that the earth was trashed and could no longer sustain life after heavy neglect of the environment. A company called the Buy-n-Large corporation had moved the human race to space years prior. When they left, they shut everything down. Except for a Waste Allocation Load-Lifter.

This waste-collecting robot became the reply to the aforementioned “last robot” question. Named after its functional title “Waste Allocation Load-Lifter” it was shortened to ‘Wall-e’. The Earth class robot’s job was simple and believable, to collect trash. In the centuries since humanity had been living in outer space, he was just doing the job he was programmed to do. All alone. Until the day that an extraterrestrial vegetation evaluator, a sleek-looking robot shortened to “Eve” came down to earth to see if there was any plant life. Sent from the axiom ship to see if life were inhabitable, she stumbles across Wall-e just as he has found exactly what she is looking for.

So much came from such a simple question during that Toy Story-era writing session! Who knew?