Remember When Susan Boyle Returned to the ‘Got Talent’ Stage After 9 Years? 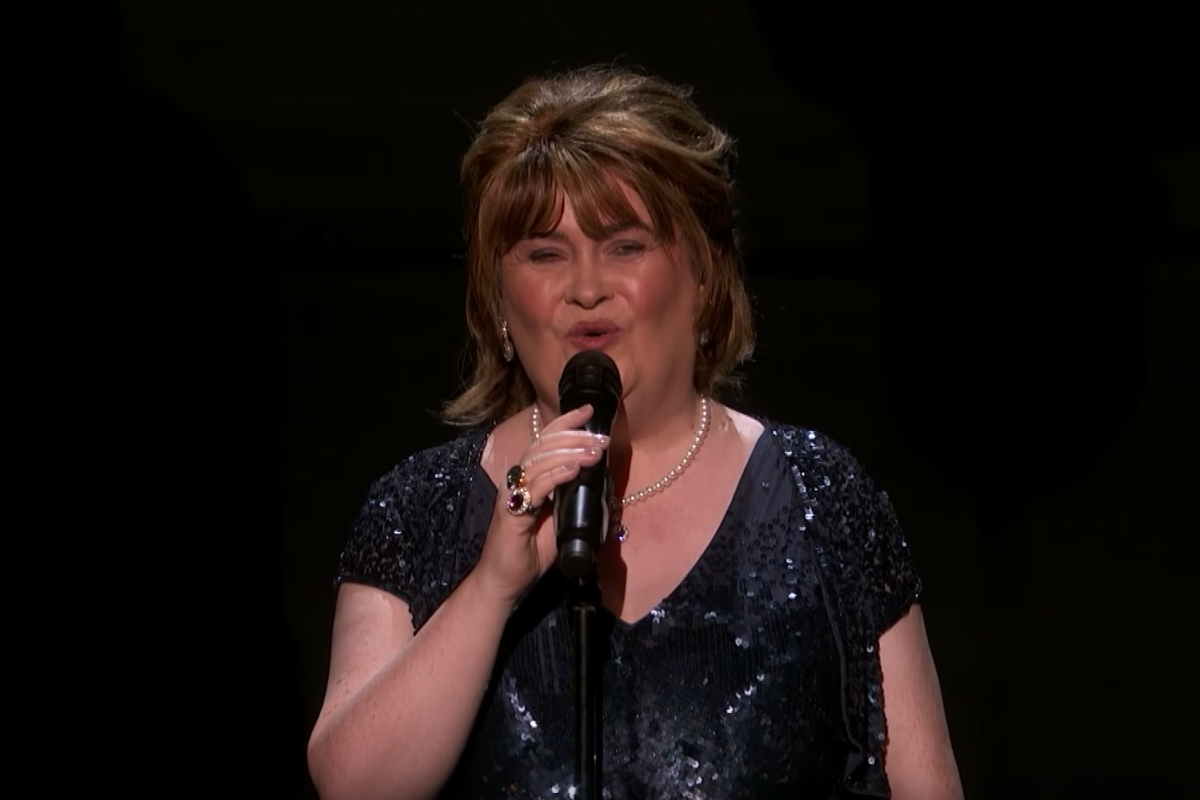 When Susan Boyle stepped onto Britain’s Got Talent stage in 2009, no one expected that “ordinary” Scottish woman to take the world by storm. She recalls in earlier interviews that when she walked onstage she could hear laughing from the audience. The judges were skeptical, however, once she started singing, “I Dreamed a Dream” from the musical, Les Misérables, every single jaw dropped in that theater, including judge Simon Cowell.

Although the Scottish singer didn’t win her season, it didn’t stop her from pursuing her dream of singing. Since having her moment on reality tv, singer Susan Boyle has sold 25 million records, earned 3 chart-topping albums in the U.K., and received 2 Grammy nominations. She has collaborated with singers Elaine Paige, Donny Osmond, and Micheal Bolton. In 2014 Susan performed at the Opening Ceremony of the 2014 Commonwealth Games in front of the Queen.

The 57-year-old singer is back and bigger than ever on America’s Got Talent: The Champions. During the season premiere on Monday night, Susan Boyle shocked fans with her ballad cover of the Rolling Stones’ song, Wild Horses. Check it out here.

Susan received a standing ovation as she walked on the stage. Simon burst out, “Oh my God this brings back so many great memories having you back. Genuinely, I’m beyond thrilled that you’re here tonight.”

The crowd went wild as she finished her song, and judges, Simon, Mel B, and Howie Mandel, stood up, applauding her performance. Howie shared how he is always looking for “that Susan Boyle moment” in contestants. Spice Girl Mel B pipes in, smiling, “It was an absolute honor and pleasure it is to be sitting here and listening to you, your angelic voice,” and hits the golden buzzer, sending the singer straight to the finals.