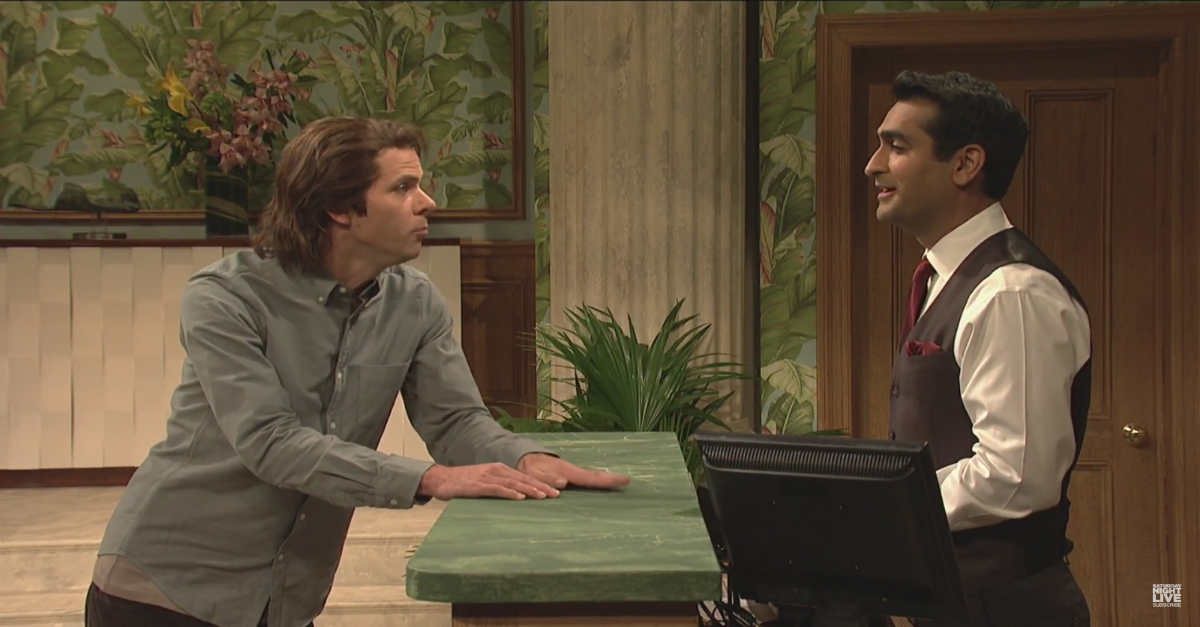 In this oddly accurate NBC Saturday Night Live skit, SNL cast member Mikey Day plays Mr. Adams, a recently-released American documentary filmmaker who was being held captive in North Korea. Adams is spending his first night stateside in a swanky hotel, the Chatsworth House, courtesy of the U.S. government. There’s just one problem: the concierge, played by Silicon Valley star Kumail Nanjiani, is quite frankly the most annoying human on the planet!

Day’s character just wants to settle into his hotel room and relax, but his hotel check-in experience is anything far from smooth. The front desk employee is so overbearing, Adams probably wishes he was back in North Korea. In a cycle of circular conversations, something as effortless as checking in to a hotel room seems like a far away dream.

Suddenly a screaming couple, played by Leslie Jones and Chris Redd, comes down to the front desk to ask for towels to be sent to room 904. Clearly fighting with no intention to stop, the couple goes back to their room, only for the front desk employee to tell Adams that he’ll be in room 905. So much for a quiet night!

Adams’ annoyance is amplified when the concierge repeatedly keeps going on about other amenities that Adams clearly does not care about. He gets wrapped up in getting a massage, inconveniently scheduled at 5:15 in the morning, and after getting offered a complimentary glass of champagne, he’s still being redirected to this infamous “Stargazer Lounge.”

Editor’s note: This article was originally published on October 15, 2017.