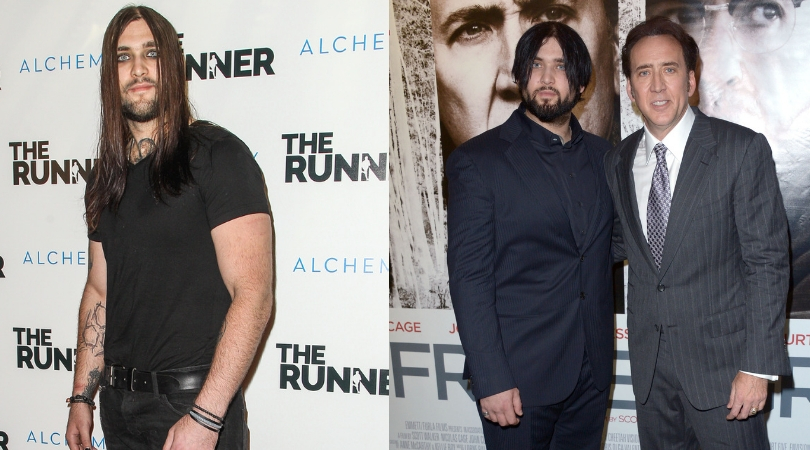 As we all know, Hollywood actor Nicolas Cage has quite a reputation. It must be genetic because Nicolas Cage’s son Weston Cage is just as…let’s call it unique. He is well versed in martial arts and, well black metal music. I know, I had to do my research for this, because I couldn’t believe it myself. But, it’s true ladies and gentlemen.

Who is Weston Cage?

Also known as Weston Cage Coppola, he is the actor’s son from his first marriage to actress Christina Fulton. While he did follow in his father’s footsteps in doing some acting, his entertainment trajectory was a bit different from his father’s. How you ask? Well, decided to be a rockstar and follow the lifestyle. Or should we say a heavy metal star? But, living up to the Cage name, Wes Cage did it big. He was a trailblazer for heavy metal music and invented a new genre called Ghostmetal.

Cage started off playing music in bands when he was growing up in Los Angeles. At a young age, he started listening to bands like System of a Down, Dimmu Borgir, Rammstein, and Cradle of Filth. It should be noted that he was also regularly having dinner with Ozzy Osbourne. So, really nothing you read past that should be too surprising. In High school, he founded a heavy metal band called Eyes of Noctum. And by “heavy metal” I actually mean black metal. Demon names included.

Weston Coppola’s demon name as the band frontman was “Arcane”. He chose that because he felt misunderstood and yet, enigmatic. Since his dad was a movie star and had connections, he was able to get the band flown out to Sweden to spend time with a record producer, Fredrik Nordström. Nordström was one of Cage’s favorites. He produced records with heavy metal greats such as At the Gates, Opeth, and Dimmu Borgir. If you have never heard of these acts, it’s okay. Chalk it up to the fact that the genre is fairly niche and they all hail from Scandanavian countries. The band released their own record in 2009 entitled “Inceptum”. It was received fairly well in their genre. However, a few years later, in 2012, the band split up after the guys in the band turned on Arcane and wanted to get rid of their orchestral backing. He, however, felt that the orchestra was essential as their stand out quality.

From Metal to Acting

When this happened he decided it was time to move on. Cage then started working on his solo album, departing some from the black metal music his band played and started writing ghost metal. His album, released in 2014 was called “Prehistoric Technology” because of the ancient instruments used to induce chills. But, also because lyrically he is trying to make his experiences and lessons he’s learned about the occult appealing to the general masses.

The first single on Prehistoric Technology was “Tell Me Why (Matriarch of Misery.) The lyrics to which were actually penned by his then-wife, Danielle when they were at her mother’s house. But the song is about his mom, who had a negative impact on him, clearly. He has since split from his wife and is taking a break from music. The twenty-eight-year-old is currently pursuing acting. He just landed his first leading role in the movie D-Day about the Battle of Normandy, based on a book by Cornelius Ryan.