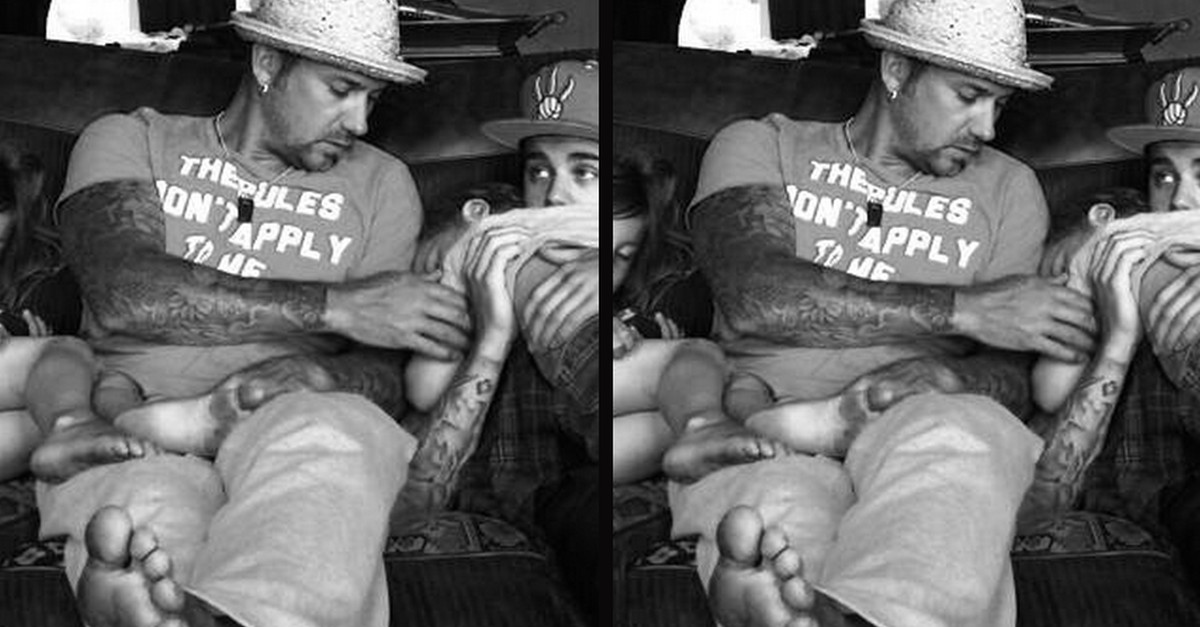 Earlier this week, paparazzi photos of singer Justin Bieber were released, showing the singer and his penis.

According to the Internet, his penis is big, which is a weird thing to think about anyone, much less Justin Bieber.

@justinbieber what do you feed that thing. #proud daddy ☺️

To add an even weirder vibe to an already weird story, Bieber’s dad also saw the photo, and chimed in on social media in a way that may make readers vomit.

“What are you feeding that thing?” Bieber’s dad asked of his son’s penis.