What the ‘Home Improvement’ Cast is Doing Now 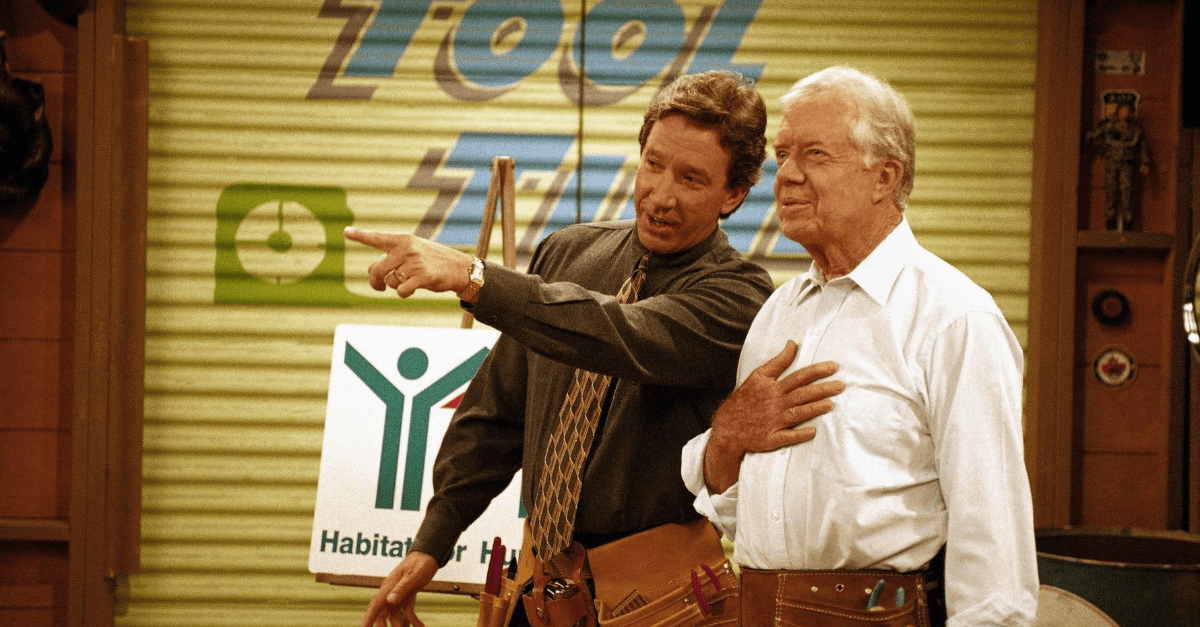 The All-American comedic television series Home Improvement was a staple of the ’90s television shows. The show ran for eight years and ended after it’s eighth season on May 25, 1999. Here is what the show’s stars, Tim Allen, Jonathan Taylor Thomas, Zachery Ty Bryan, Richard Karn, Patricia Richardson, and Taran Noah Smith are up to now!

The show focused on Tim Allen as he raised kids with his wife and worked as a host for Tool Time, a home improvement show. If you watched it, you may recall hearing him referred to as “Tim the tool man Taylor,” even though he wasn’t a very good handyman.

Today, he continues working on family shows. Most recently he has starred in another family comedy, the Last Man Standing. He’s also earned voice acting credits in the Toy Story franchise as Buzz Lightyear.

Never thought I would have Patricia playing my mom in a movie! She is a blast to work with. We laughed, we cried and we acted. 😜 I also geeked out and talked about “home improvement” because that was one of my fave shows growing up. #actor #filming #homeimprovement #patriciarichardson #christmasmovies #bts #jessehutch #stuntactor #leadingman #comedy

Starring next to Allen as the familial matriarch was Patricia Richardson as Jill Taylor, Tim Taylor’s wife. In recent years, Richardson has acted less. In the early 2000s, she was in Strong Medicine and had a reoccurring role in The West Wing. Most recently, she guest-starred in NBC’s Blindspot and on Last Man Standing with her co-star and former TV husband. She is a mother of three from her marriage to actor Ray Baker.

The oldest Taylor child, Brad Taylor, was played by Zachery Ty Bryan. Now, Brad is a father to three daughters with his wife, Carly Matros. In addition to fathering, he is a horror film producer. Two of his produced titles are The Greif Tourist and Prowl, and the 2018 documentary BIT X BIT: In Bitcoin We Trust.

One of the most well-known child actor faces of the nineties was Jonathan Taylor Thomas. He was the middle child of the family, Randy Taylor. Randy was always getting into some sort of shenanigans.

He isn’t acting much anymore, aside from some guest spots on Last Man Standing, Veronica Mars, and Smallville. His peak was quite possibly voicing Simba in the original Disney Lion King film. He attended Columbia University and has been living a quiet life.

The youngest kid in the Taylor family on Home Improvement was Taran Noah Smith. He played Mark Taylor, the baby. He also no longer acts. He did write a book called “Stardom Happens” about his acting experience and the fallout the money he earned caused his family. He and his ex-wife, Heidi Van Pelt, a woman twice his age, opened a vegan restaurant. It has since closed, and they are divorced.

Maybe I was always destined to end up right where I am. But these guys definitely helped. #homeimprovement #timallen #richardkarn #tooltime #binfordtools #abc

Richard Karn plays Al Borland, Tim’s Tool Time co-host. After Home Improvement, Karn became a game show host. His first was Family Feud, followed by Bingo America. He has also appeared in Last Man Standing, The Bold and the Beautiful, and Detroiters. His son is Cooper Karn Wilson and is an actor as well.

Watch: Did You Know Rod Stewart Has 8 Children with 5 Different Women?