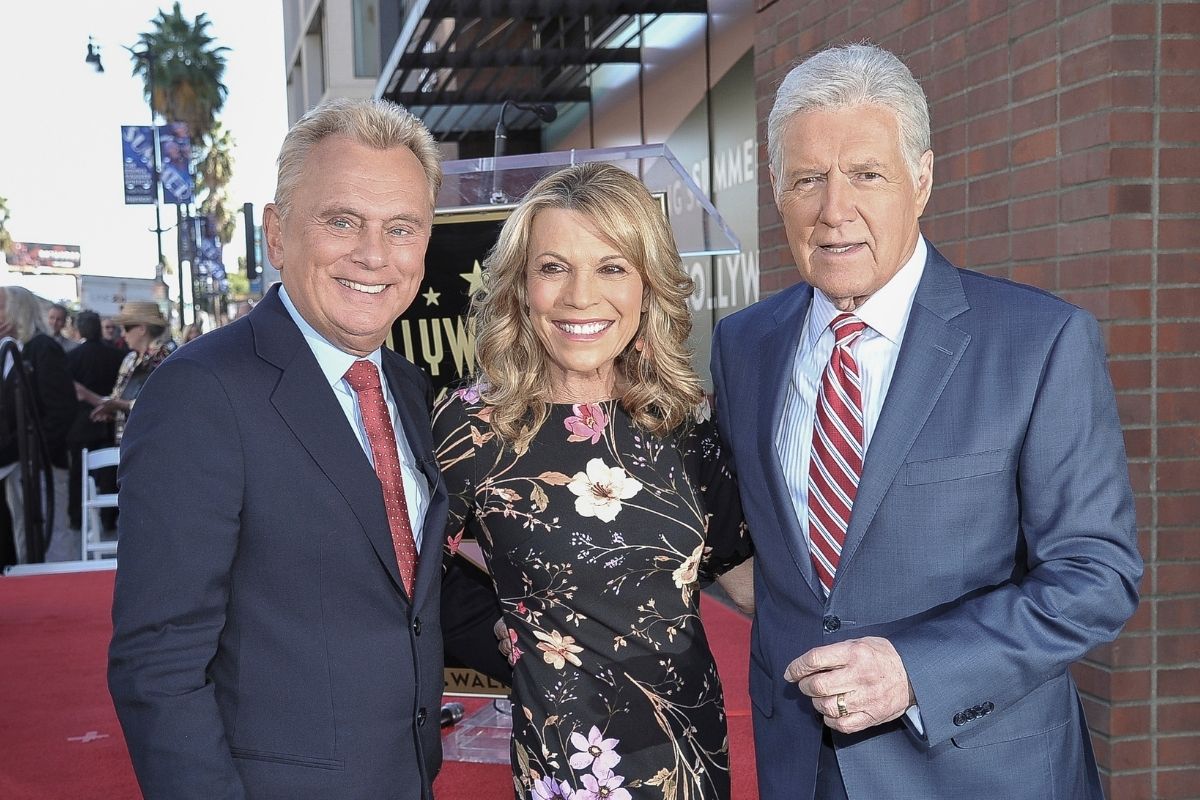 Even as we watch guest hosts like Buzzy Cohen and Ken Jennings charm Jeopardy! audiences, it’s hard not to sometimes feel nostalgic for the good old days of former host Alex Trebek. The long-time host died last November of pancreatic cancer. The trivia show’s impressive 37-season-run was jam-packed with plenty of memorable moments — from the time a computer system named Watson beat out our former champs in 2011 to the three-way tie of 2007.

But our favorite Jeopardy moment was back on April Fool’s Day in 1997. That’s when Trebek swapped places with Wheel of Fortune host Pat Sajak to the surprise, confusion, and delight of audiences.

On the very special episode of Jeopardy, the announcer introduces three contestants — Christian Stallsmith, Lori Drummond, and Paul Roder –before announcing the host. Instead of naming Trebek, the announcer exclaims, “And now, here is the host of Jeopardy… Pat Sajak!”.

Without missing a beat, Sajak waltzed on stage. “Welcome to Jeopardy!, glad you could be here on our April 1 edition,” he said nonchalantly. It’s unclear whether the contestants — who seemed to at least appear unfazed — were in on the April Fool’s Day prank, or whether they were just as stunned by the audience.

Watch the 1997 April Fool’s Episode of ‘Wheel of Fortune’

Like his fellow game show host, Alex Trebek also took over the competitor TV show with impressive nonchalance. “Welcome to our special, Tuesday, April 1 edition of Wheel of Fortune. I’ll leave you to figure out why I am here today,” he said to the audience.

In the infamous crossover event, Pat Sajak actually competed in the game show alongside his co-host Vanna White. The Hollywood co-workers worked together to solve the bonus round puzzle for charity. This actually wasn’t the first time Trebek hosted a Wheel of Fortune episode. The legendary TV personality also filled in for former host Chuck Woolery once in 1980 and again in 1985 for Pat Sajak.

Watch: The Most (and Least) Likely Candidates to Become ‘Jeopardy!’s’ Next Permanent Host