After Prince died, Tom Petty thought of one thing everyone can learn from 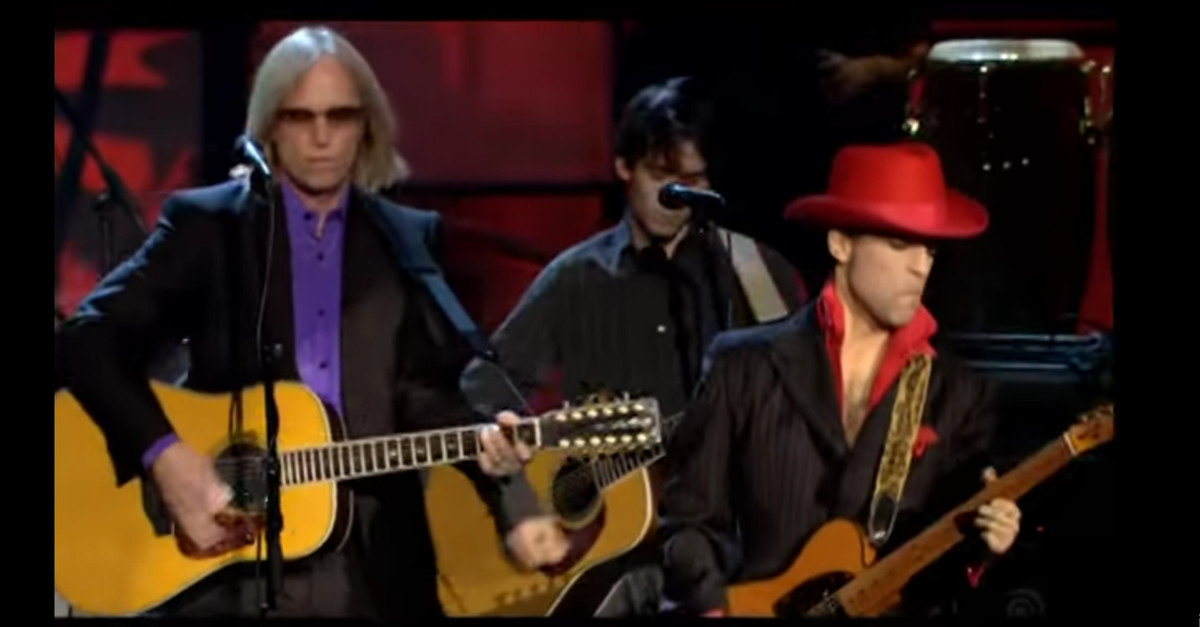 Updated Oct. 2, 2017: Tom Petty has died at age 66. This is one of our favorite memories of the American music legend.

In a piece in the New York Times, those who were on the stage with Prince for his memorable 2004 performance at the Rock and Roll Hall of Fame induction ceremony reflected on his show-stopping performance.

Over a decade later, people still regard Prince’s performance on a cover of The Beatles’ “While My Guitar Gently Weeps” as one of the finest live musical performances of all time.

“They never rehearsed it, really. Never really showed us what he was going to do, and he left, basically telling me, the producer of the show, not to worry,” producer Steve Gallen told the New York Times.

RELATED: Police say Prince has these items on him when he died last week

“And the rest is history. It became one of the most satisfying musical moments in my history of watching and producing live music.”

At the end of the piece, music legend Tom Petty described what it was like when he found out about Prince’s death, and gave advice that anyone can follow.

“It?s funny because just a few days ago, he was in mind all afternoon, I was thinking about him. And I had just been talking with Susanna Hoffs of the Bangles ? he wrote their ‘Manic Monday’ song,” Petty explained.

“She was telling me the story of that, of how she came to have that song and meet Prince. And I was thinking about him a lot that day, and I almost told myself I was going to call him and just see how he was. I?m starting to think you should just act on those things all the time.”

Advertisement
RELATED: A source close to Prince?s family members claim another drug could have caused his death