While filming in Australia, the crew members of “River Monsters” saw something unexpected in the water 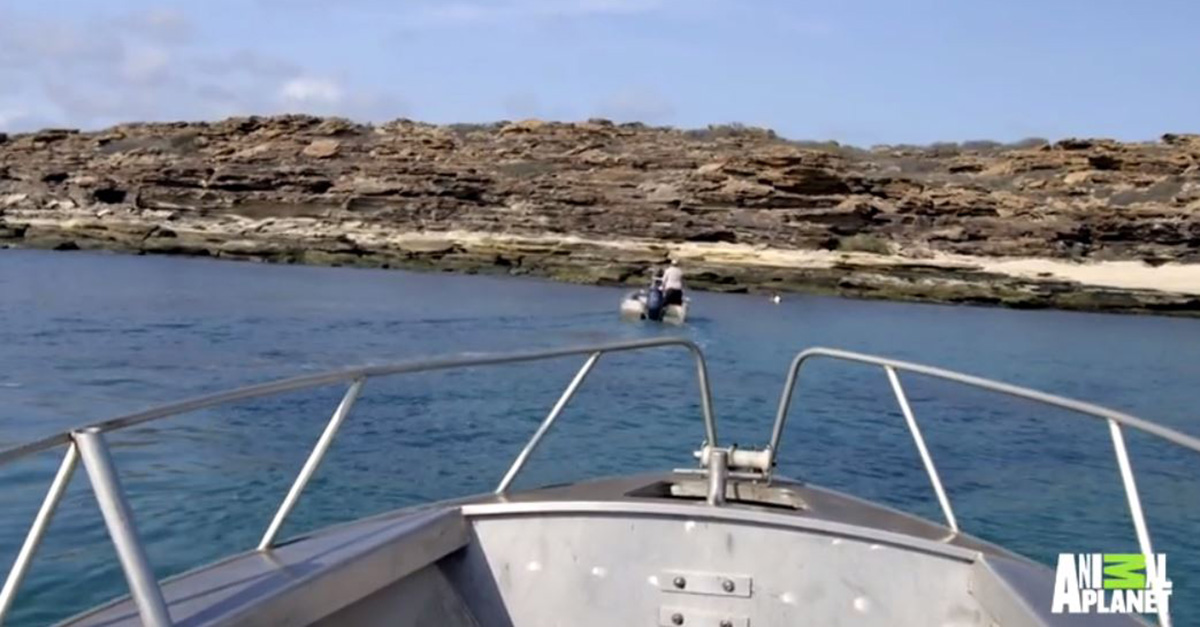 The crew of “River Monsters” on Animal Planet found more than they bargained for during a recent fishing trip to Australia.

“River Monsters” focuses on host Jeremy Wade wrangling in terrifying creatures of the deep and studying the dangerous animals. While shooting an episode in Australia, Wade and his crew noticed a castaway off of the coast.

When the “River Monsters” team finally reached the deserted man, he said that he was “preparing to die.” InsideEdition spoke with Stephen Shearman, who directed the episode titled, “Death Down Under” and was one of the people who witnessed the rescue.

“He had said his last prayer,” Shearman said. “He was prepared to die and meet his maker.”

In this episode, the crew was trying to solve the mysterious death of six men after their plane crashed off the Gulf of Carpentaria. They were forced to move out of their original filming location because the waters were too choppy, which made filming difficult.

When they moved, the team spotted a “blue Esky, or cooler box, that was just sat on the rock.” Shearman said that a few of the men made jokes about Tom Hanks’ role in the 2000 film “Castaway” upon seeing the cooler. Then they were shocked to see a man running toward them out of a cave on the shore.

The crew later learned the man, Tremine, had been fishing when he decided to get out of his boat to look for oysters.

“He had tried to walk back, got beaten by the sun, and made his way back to the beach,” Shearman said. “Meanwhile, he had suffered from sunstroke and was unable to go any further. He then spent that first night on the beach, and the next morning he tried again, but the sun had gotten to be too much for him, and at this point, he is now trapped.”

Shearman estimated that Tremine had been stranded and exposed to the elements for nearly 60 hours. The human body can survive up to 72 hours without water, depending on the conditions.

Once he was brought on board the “River Monsters” boat, the crew gave him water and hydration pills, but he vomited them up right away. The crew knew his condition was serious, and they brought him back to their cabin for the evening. Once there, Tremine rested and regained his strength.

Since the rescue in November, the “River Monsters” crew still keeps in touch with the Australian fisherman.

“Apart from a bruised pride, he was back to normal,” Shearman said.