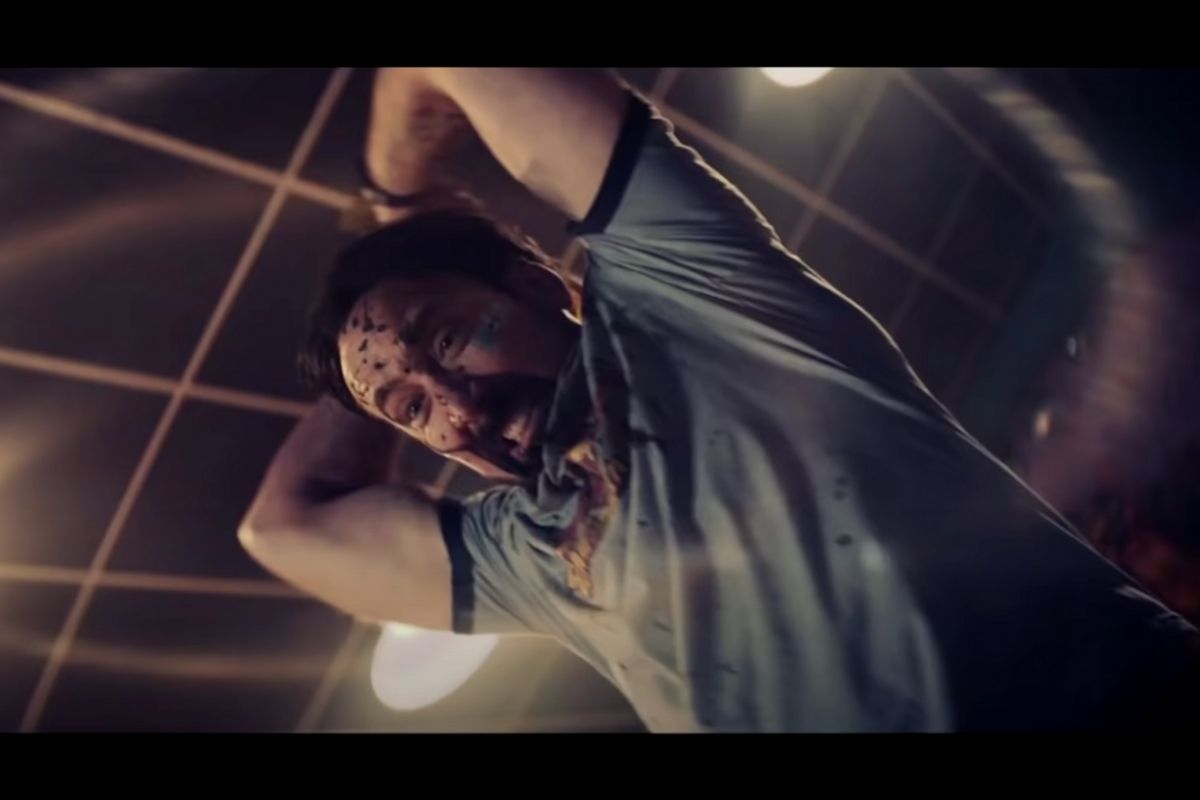 In his latest offbeat project, Willy’s Wonderland, Nicolas Cage fully showcases the trademark Nicolas Rage. This horror flick centers around a taciturn janitor who goes up against a horde of murderous, musical animatronic mascots; think Chuck E Cheese à la 80’s slasher. Basically, Five Nights at Freddy’s. But without Cage uttering any lines, save for a few grunts, a beyond-kooky premise is not enough to save this $20 Amazon Prime rental. Not even ironically.

Willy’s Wonderland, an abandoned family fun center, harbors a predictably dark secret: its creepy animatronic characters thirst for human blood. The janitor (played by Nicolas Cage) is the latest in a string of desperate sacrifices organized by owner Tex Macadoo (Ric Reitz) to keep these vicious puppets at bay. Nobody but Cage could bring the custodian’s loner spirit to life, interspersing intense pinball plays with some seriously pulpy mascot ass-kickings. It would have been enough, I think, just to watch this method actor fully inhabit the twisted world of Willy’s Wonderland. But unnecessary side plots involving disturbed locals and horny teens (Caylee Cowan and Terayle Hill) distract from the primary performance. Not to mention, a devastating directorial decision: the janitor does not speak.

This leaves Emily Tosta, playing wannabe hero Liv Hawthorne, as the moral mouthpiece of the film. But her whiny, albeit grounded, arc feels spliced in from another movie entirely. This undercooked script by G.O. Parsons leaves one to wonder whether Nicolas Cage signed on specifically because he didn’t need to memorize any lines. Reportedly, the star actor picked Willy’s Wonderland off the “Blood List,” Hollywood’s circulating list of supposedly decent scary screenplays. However, director Kevin Lewis’ jumpy camera angles and darkly colorful palette do well to offset the weaker aspects of Willy’s Wonderland. And as for spooks, Willy the Weasel is a genuinely creepy villain.

Willy’s Wonderland, out from Landafar Entertainment and JD Entertainment, premiered on Friday, February 12 direct to TV. The VOD is available to rent on Amazon Prime. The Blu-Ray DVD is also available to purchase, for nearly the same price. With a runtime of just 90 minutes, the question is really whether you’d dish out $20 just for the bit: Nic Cage bashing in the heads of electronic furries. (Spoiler alert: their blood is bubbling black grease.) I did spend the money. And though I cannot in good conscience recommend Willy’s Wonderland, I will honestly say it was not my worst pandemic purchase. So far, the movie holds an 81% audience rating on Rotten Tomatoes. On IMDB, it’s earned 5.7/10 stars.

Nic Cage Faces Off Against a Serial Killer Ostrich

Nic Cage Vs. Gus the Gorilla