Reese Witherspoon Takes Us Inside Dolly Parton’s Closet and So. Many. Sequins. 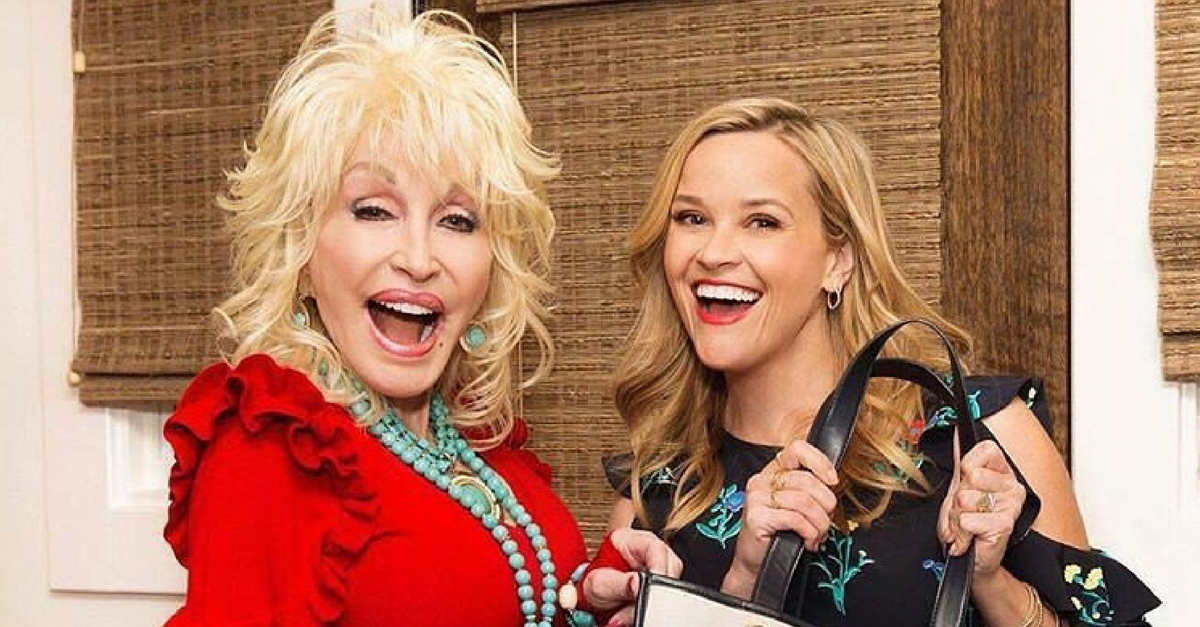 Shine on with Reese premiered this Tuesday, July 17th, starring the one and only, Dolly Parton! Parton is the first female icon to be featured in the unscripted series which celebrates the stories of extraordinary and talented women, who have created their unique path to success.

The mother of three launched her own Video on Demand channel, “Hello Sunshine,” where for the first unscripted episode she visited the famous 72 year-old Grammy winners’ home. Witherspoon gave the audience a look around Parton’s humble abode and raided her closet to take a peek at some of the most memorable looks of Parton’s career.

Throughout the episode, you can see how the 42-year-old Oscar winner is in shock at the number of outfits Parton has, and especially how many sequin-covered and glitter ensembles the singer has stashed away.

As Parton opens her closet doors, you can see Witherspoon’s face light up with excitement, but she gets startled when one of them sheds a few sequins on the floor. Parton explains how she and her costume entourage are used to sequins flying everywhere and have dubbed the experience as, “Dolly droppings.”

Witherspoon response? “I’ve always imagined Dolly Parton’s closet opens, and sequins come flying out.” Us too, Reese, us too.

The Big Little Lies star sat down with Parton to learn more about her journey in the Hollywood (or should I say Dollywood?) industry, and how she became one of the most celebrated singer-songwriters of all time. Because, let’s face it, who doesn’t like Parton’s country music? Like the Southern queens they are, they shared a cup of what Parton calls, ‘friendship tea’, containing spiced tea cloves, cinnamon, and a little tang. Sounds like Nashville in a cup, if you ask me.

Parton has been known to share her journey throughout her years, but in the episode she comments on how she overcame poverty and hardship, becoming one of the most celebrated artists in the industry.

Of course, the episode couldn’t end without the fabulous Parton giving a private performance. The singer chose to sing “Coat of Many Colors,” on a bedazzled guitar because let’s face it, she can.

Still not over this moment! Pinch me! ✨ Thank you @DollyParton for the warm welcome into your home! #DreamComeTrue (P.S. You can watch Dolly’s full #ShineOnWithReese episode for @hellosunshine for free via the 🔗 in my bio)

If you ask me, that is the perfect way to start the series. “Shine on Reese” can be viewed on DIRECTV NOW, DIRECTV, and U-verse via the Hello Sunshine VOD Channel.