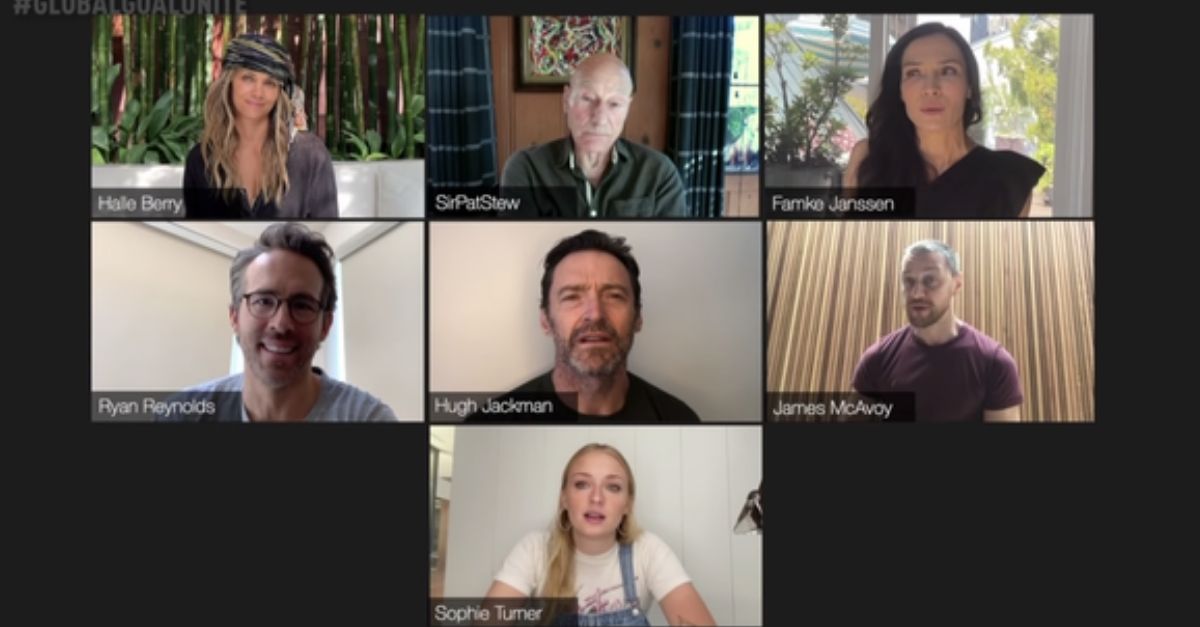 I guess the Coronavirus has been good for one and one thing only. Reunions. Several actors from TV shows and movies have been having zoom and online calls with other cast members as a way to reminisce on the good old times. So, this time around the cast of the original X-men decided to conduct their own reunion thanks to Global Citizen. Believe it or not, it has been 20 years since the first X-Men movie paved the way for other superhero movies and changed the world forever. Yes, 20! Can you believe that? Time is going by so fast! To celebrate the success of the movie, that is still a fan favorite to this day, original stars Sir Patrick Stewart, Halle Berry, Hugh Jackman, and Famke Janssen got together on a Zoom call to reminisce.

But, the actors were hilariously “zoom bombed” by an unusual character, who decided to troll the team. It was no other than the wonderful and hilarious Ryan Reynolds. To those of you who might not know, Jackman and Reynolds have been trolling each other for years, and have made it public on all of their social media sites. No, they don’t hate each other, but they just like to playfully pick on another. You know, like Professor X and Magnetos long-running feud. But, luckily this time the dynamic duo put their feud on pause to work together for coronavirus relief, but Reynolds on the other hand found a way to troll his rival.

Not only did he crash the call, but he bought on newer X-men stars such as James McAvoy and Sophie Turner. Turner also hilariously trolls the X-men gang by saying “Oh, sorry, I thought this was the Game of Thrones reunion.” That’s when Reynolds tells her that Tyrion Lannister, played by Peter Dinklage, was also in an X-men movie playing Sentinels inventory Bolivar Trask in X-Men: Days of Future Past.

So, as Turner quickly logs off, she triggers a wave of other log-offs, and Berry states she needs to leave for a James Bond reunion. Steward excused himself for a Star Trek reunion, and McAvoy says he needs to leave to do a Split reunion. That’s when Jackman and Reynolds are the last ones looking at the screen until Liev Schreiber pops up briefly to make it a full X-Men Origins: Wolverine reunion.

Ah, how I love a good good troll.