New evidence has come to light that could, literally, be changing Christmas history. Most scholars credit the phrase “Merry Christmas” to an imprisoned priest in the mid-1530s — however, that may need to shift back further, to 1520.

Elizabeth Semper O’Keefe is an archivist at Hereford Cathedral in England. She has found transcripts dated back to the earlier year, threatening to change the conventional origin story.

O’Keefe discovered a letter from Bishop Charles Booth to Canon William Burghill, dated 1520. In the letter, the Bishop begins with: “I praye God ye may be all in good charite and mery this Crystmas.”

Spelling aside, that looks like a pretty clear phrasing.

O’Keefe did not speak much on the subject, but simply stated: “Maybe we were trendsetters?”

The other origin story from 1534 is more glamorous.

Most scholars have credited English Catholic Bishop John Fisher for the creation of the phrase. The claim has the support of a letter to Thomas Cromwell. It is dated December 22, 1534.

Fisher had been locked away in the Tower of London going on eight months for refusing to recognize King Henry VIII as the “Supreme Head of the Church and Clergy of England.” His letter was rather simple, as he asked for clothes and food. He closed with, “And this our Lord God send you a merry Christmas…”

Cromwell became famous as one of the leading members of King Henry’s court and was a central figure in the War of the Roses. His loyalty did not spare him from being executed.

Nor did Cromwell help Fisher, who was executed the following year. 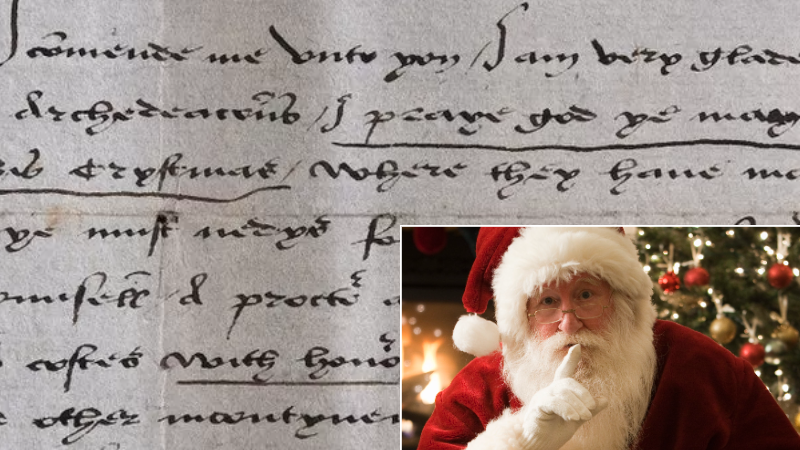