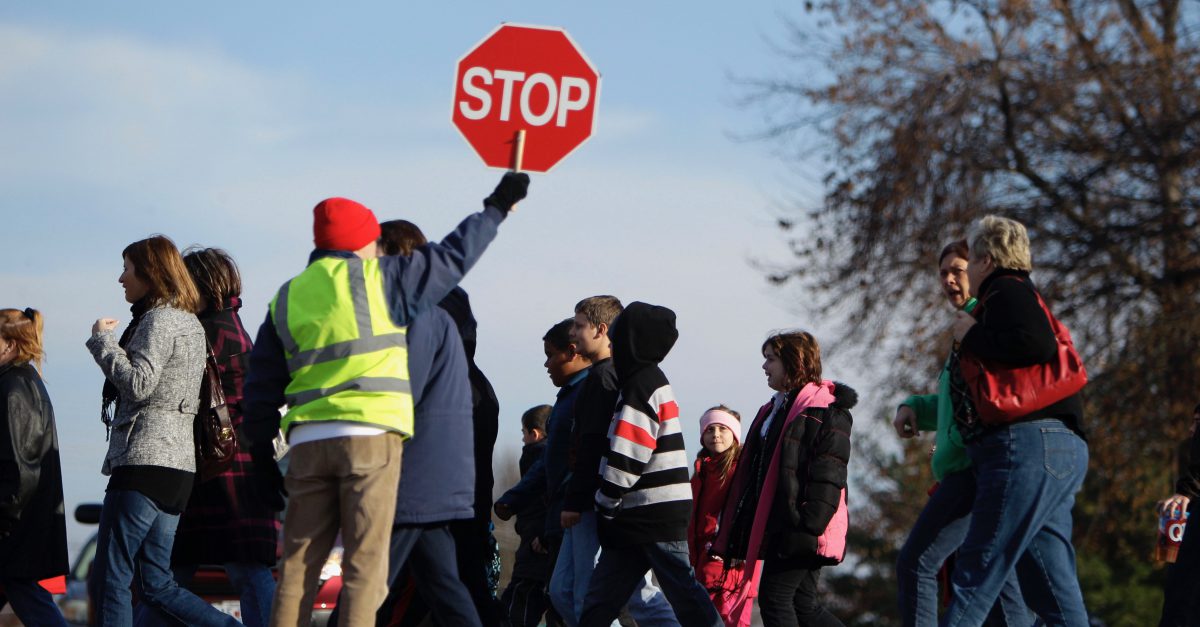 On Monday afternoon, 80-year-old crossing guard Janet Gould was helping children cross the intersection at Clark and Bryn Mawr in the Edgewater neighborhood.

Out of nowhere, Gould was hit by a car from behind which sent her into a coma. She was rushed to St. Francis Hospital in Evanston, WGN reports.

She has now come out of the coma according to her family but is still recovering.

“My mom is making considerable progress,” Gould’s daughter Lorraine Wells told WGN. “She is breathing on her own now. She is observant of her surroundings. She is communicating with her eyes and trying to move her mouth and speak but she has a breathing tube down her throat.”

“We have a lot of hope and there are so many people, people I don’t know, that are praying for my mother…thank you everyone,” Wells added.

The driver that hit her was part of a ride share service and only received a ticket for his reckless actions. The family believes the driver was on the phone at the time. An investigation is still ongoing.

The Office of Emergency Management and Communications released a statement:

The Office of Emergency Management and Communications is deeply saddened by the tragic accident in which our employee, Janet Gould, was very seriously injured. In her role as a crossing guard with the City of Chicago, Mrs. Gould has been dedicated to ensuring the safety of children walking to and from school every day for nearly 30 years. We extend our heartfelt wishes for her recovery and our thoughts and prayers are with Janet, her husband, family and friends at this time.

Chicago is currently running a campaign (along with other cities) called Vision Zero which aims to eliminate all traffic-related fatalities.

The Vision Zero website write that “[t]raffic crashes are not ?accidents.? We acknowledge that traffic deaths are preventable and unacceptable, and commit to using all available tools to influence the conditions and behaviors that lead to serious crashes.”

Chicago’s goal is to eliminate all traffic deaths and life-altering injuries by the year 2026.

RELATED: Cab driver leaves the scene of an accident and causes more damage

This is at least the second recorded incident of a driver striking a pedestrian so far this year. Last week, a 64-year-old man was struck by a hit-and-run driver in the early hours of January 3rd in the Belmont-Cragin neighborhood.

The man was taken to the hospital in serious condition and no citations or arrests have been issued.