After trying to return stolen merchandise last Tuesday, a man was stopped by security at a Hermosa Walmart, and his latest theft attempt turned out to be his last.

RELATED: The family of dead Uber driver is suing Walmart after his attacker stole her weapons “too easily” from their store

Officers were called to the store in the 4600 block of West North Avenue at 4:32 p.m., responding to a report of a battery.

Upon arriving at the scene, they saw the man handcuffed and  “experiencing a health issue,” according to DNAinfo.

Authorities then called for emergency services, and the man was taken to Norwegian American Hospital, where he was pronounced dead.

Police said the man was not alone when he was stopped by security and claimed he was on drugs at the time, but, on Thursday, the man’s family denied both the accusation he was using drugs and the second allegation he was returning stolen merchandise.

The brother of the man posted a video to Facebook, above, showing the incident.

“We take this situation seriously and are looking into the matter,” Walmart said in an electronic statement; however, because of the open investigation, the company said they could not comment further.

The video shows several people holding down one man outside a Walmart, located at 4650 W. North Ave., while he struggles.

RELATED: $3 million in damages later, a teenager is in big trouble for allegedly setting his local Walmart ablazeIdentified as

Identified as 23-year-old Donnell Burns, the victim was pronounced dead at  5:51 p.m., with autopsy results still pending as the investigation continues. 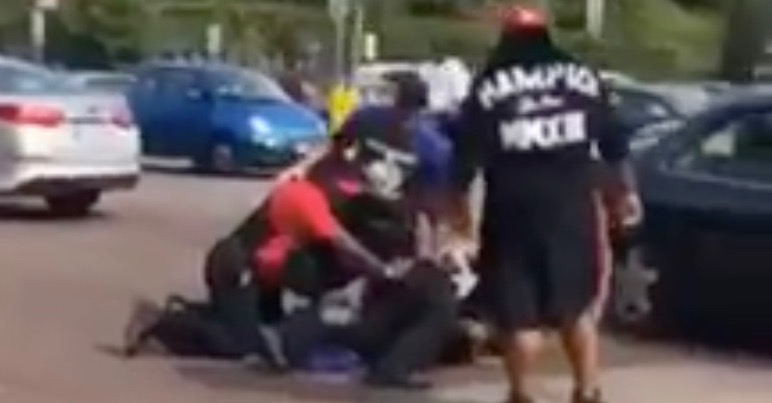