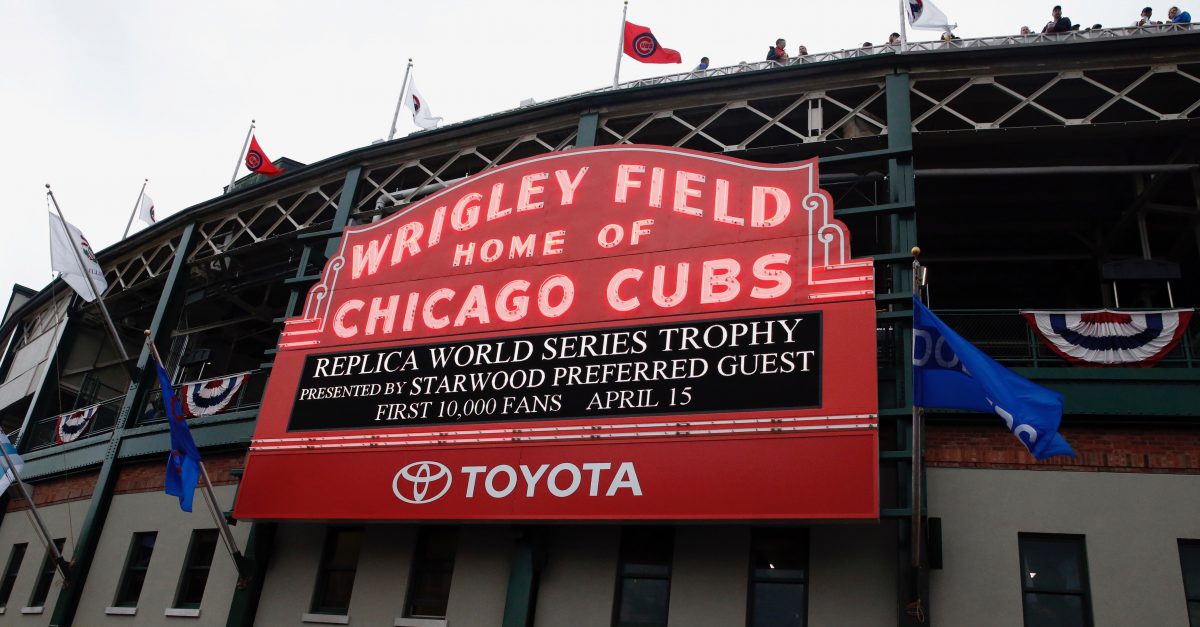 Thanks to a new restaurant called Lucky Dorr, you’ll be having the above experience next month.

Lucky Dorr is set to open the second week in July, right as the Cubs host their rival the St. Louis Cardinals. It is located right in the Park of Wrigley plaza, by the corner of Waveland and Clark Street.

RELATED: You only need 90 seconds to experience the glory of Chicago from a bird?s eye view

The local brews you’ll be able to sip on include Begyle, Around the Bend, Moody Tongue, Revolution, Maplewood, Off Color, Spiteful, Pipeworks, Lo Rez, Lake Effect, Illuminated Brew Works, Blue Nose and Old Irving. With 8 to 10 beers on tap at a time, the specials will rotate and include themes when certain teams are in town or for concerts happening at Wrigley.

Many Chicagoans are likely familiar with the owner of Lucky Dorr, Matthias Merges. He’s a celebrity chef and is owner of Yusho in Logan Square and Hyde Park, and A10 in Hyde Park.

Eater Chicago reports that Merges and his team have been researching old ballpark food, like salami chips, to bring back to the ballpark, as well as “prepackaged gourmet nuts and other snacks that fans can take inside of the stadium.”

During the non-baseball months, Lucky Dorr will be open and will serve warm drinks for those who come out to experience the ice rink that will take over the beer garden space.