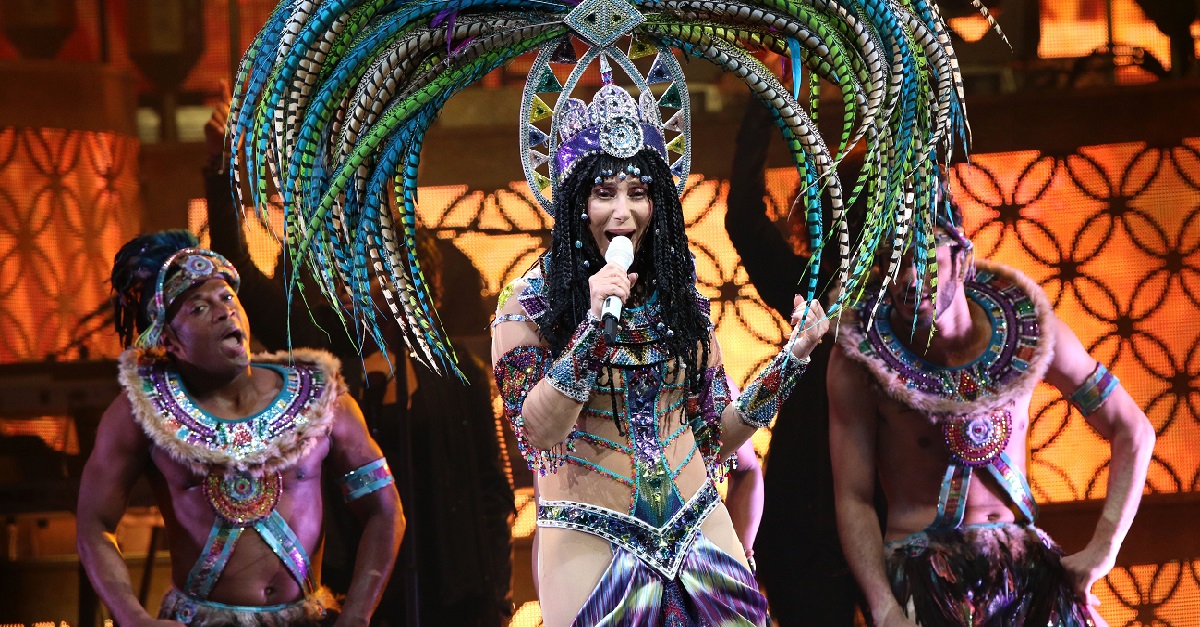 RELATED: Pay attention if you want to win $10 Hamilton tickets

Yes, before she was known for her emoji-laden tweet-rants, Cher was the Goddess of Pop. She’s been active in the music world since 1963 and ever the controversial figure. Which hopefully makes for some good theater.

Rolling Stone reports that The Cher Show is set to open on June 12th, 2018 for a month-long run at the Oriental Theatre.

Cher herself saw a run-through of the performance in January, after which she tweeted:

Just walked Of the musical✨💖✨I SOBBED & LAUGHED,& I WAS PREPARED NOT 2LIKE IT.
AUDIENCE CLAPPED AFTER SONGS,& GAVE IT STANDING OVATION🎂

A cast-list has not been announced as of yet but all of the production crew come with some very notable credentials.

Jason Moore who worked on Avenue Q will direct; Rick Elice of Jersey Boys penned the book; Newsies choreographer Christopher Gattelli runs the movement; and the musical supervisor is Daryl Waters, who worked on Memphis. Not a bad lineup.

No word yet on when tickets will be available.

RELATED: Cher got pretty nasty when a woman doubted she would take a Dreamer into her home

The show moves to Broadway proper next Fall. If you want to see Cher in person, you’re only chance to do so is to fly to Vegas for her residency at the Monte Carlo.