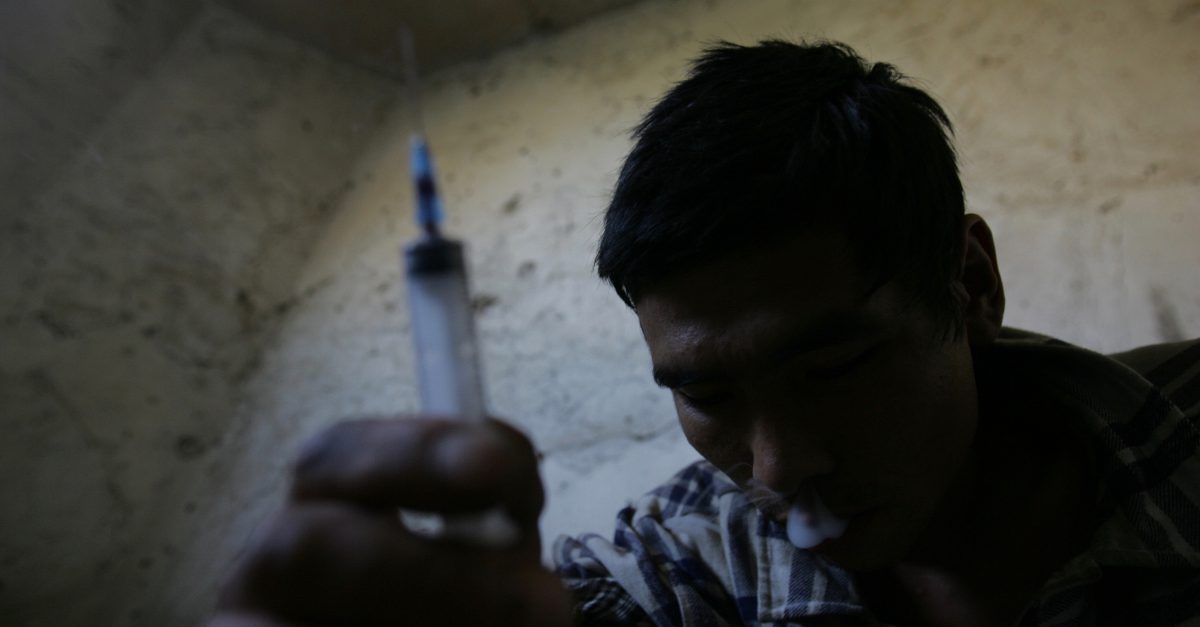 As he left a Lake View rehab facility on Oct. 8, 2015, Michael Raines headed to the West Side of Chicago in search of heroin.

But the fentanyl-laced smack he did score would, tragically, be his last.

Raines was a Cook County correctional officer commended for heroism while off-duty.  However, he struggled with his own demons.

While his parents awaited his return that evening, the 33-year-old was shooting up with fentanyl-laced heroin.

The drugs would kick in as he rode a CTA bus in Little Village two hours after walking out of St. Joseph Hospital at Diversey and Sheridan, according to the Chicago Sun Times.

Fentanyl is highly addictive, more potent and is often laced in street heroin because it is cheaper, despite its dangerous qualities.

Since 2014, fentanyl was a factor in 571 deaths in Chicago, including Raines’ death, according to the Cook County medical examiner’s office records obtained by the Sun Times.

Raines was stuck on a downward spiral after he was hailed as a hero for shooting a man named Fernando Lopez while off-duty.

His family told police he was tortured by post-traumatic stress and turned to drugs and alcohol in his desperate search for relief.

Raines happened to see Lopez waving a gun outside of a bar during an altercation, and, after Lopez fired the weapon, Raines requested he drop it. Lopez disregarded this request and, instead, pointed the weapon at Raines.

This prompted him to shoot Lopez, which earned him the title of  local hero, according to the Chicago Tribune.

Surveillance footage retrieved by police from the night of the shooting was detailed in a police report of the incident as follows:

“Upon being approached by the owner of the BMW and others, Lopez, Orta and the unknown male exited the Buick. The unknown male, who was armed with a handgun, fired said handgun into the air. Lopez then took the handgun from the unknown male and chased multiple individuals across the street.”

Raines later told investigators he held his gun to Lopez’s head “in hopes and in an attempt to discourage the secondary offender and others from killing him.”

Following the incident, Raines was taken to a nearby hospital for stress-related symptoms – the start of his downhill spiral.

Alcohol use is common in those who occupy jobs in law enforcement, Steve Albrecht, a workplace safety consultant and former sergeant with the San Diego Police Department said in an interview. However, illicit drug use by officers is far more rare and more difficult to let anyone know about.

“The taboo is toward illegal drugs,” Abrecht told the Sun Times. “If you got injured in a car accident or you get injured wrestling with some suspect and you become opiate-addicted, I think that’s tolerable in that culture. But illegal drugs — definitely not.”

As a result, Raines may have felt pressure while struggling with his addiction, and, when he checked himself out, he found himself losing a battle with the disease.

RELATED: A local pizza place was caught selling more than just pizza and now she faces 60 years behind bars

He shot up, and got on a bus, but, by the end of the route, the driver noticed he was slumped over and unresponsive.

If you or someone you know is struggling with addiction, there are places that can help.