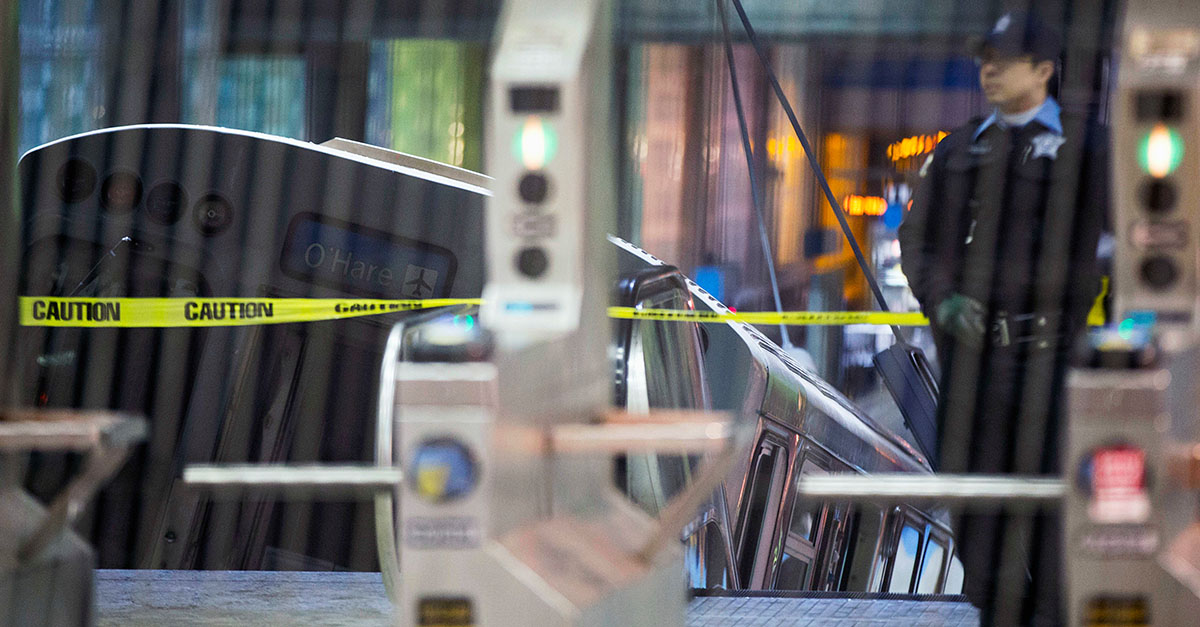 FILE - In this March 24, 2014, file photo, a police officer stands near a Chicago Transit Authority train car that derailed and scaled an escalator at the underground O'Hare Airport CTA station in Chicago. A jury on Friday, May 5, 2017, awarded more than $6 million to Yolanda Montes who was seriously injured in the crash. (AP Photo/Andrew A. Nelles, File)

The victim, age 23, was taken to the hospital, where he was treated for gunshot wounds to the arm and ankle. Police described his condition as ?serious but stable.?

The subject shot into the train as the doors open, and seemed to target a specific victim.

?Shootings on public transportation are very rare,? police assured in a press briefing, and they feel the victim was targeted specifically.

The subject was male and fled the station after the shooting.

Red Line trains are standing near Jackson due to police activity; crews working to restore service.

The incident occurred on a Redline train heading north through the loop. The CTA warned travelers of the delay but has not shared any additional information about the incident on social media.