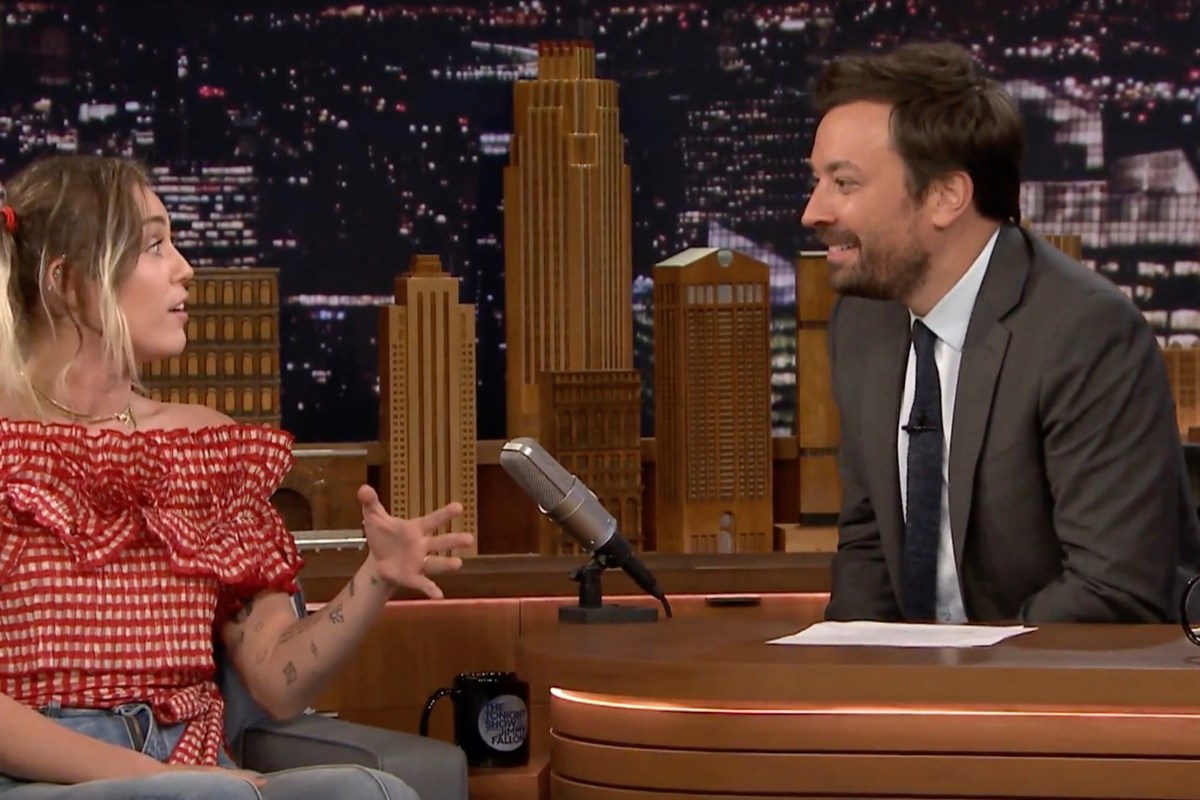 Miley Cyrus took over The Tonight Show with Jimmy Fallon this week, crediting Jimmy Fallon as one of the reasons why she decided to quit smoking weed.

Talking to Jimmy, the singer/songwriter/actress said, “You, without knowing it, were kind of a reason [I quit smoking].”

“I’ve always been very stoned on your shows. I don’t know if you know this,” Miley said to a laughing Jimmy. “Remember the last time I was here? I think I was dressed as a bunny rabbit. And then a cat. There’s a reason for that: I was high.”

Miley continued in the interview, discussing her new music:

“I stopped smoking because, to sit here and to talk about what I am doing, I wanted to be really clear…I loved making this record so, so much. This record, for me, at this moment, is the most important album that I’ve ever made. So I wanted to make sure I was super clear about the way I’m talking.”

The singer/songwriter continued to talk about her developing paranoia about her weed smoking. When asked by Fallon how much weed she smoked, Cyrus was honest:

With a new album coming out later this year, plus her return as a judge on The Voice, it sounds like Miley will be putting down the blunt and focusing on music.

It wasn’t all weed-chat on The Tonight Show. Miley and Jimmy played ‘Google Translate Songs’:

Helped Jimmy out with his opening monologue:

RELATED: See Miley Cyrus deliver a touching ode to her fiancé on ?Fallon?