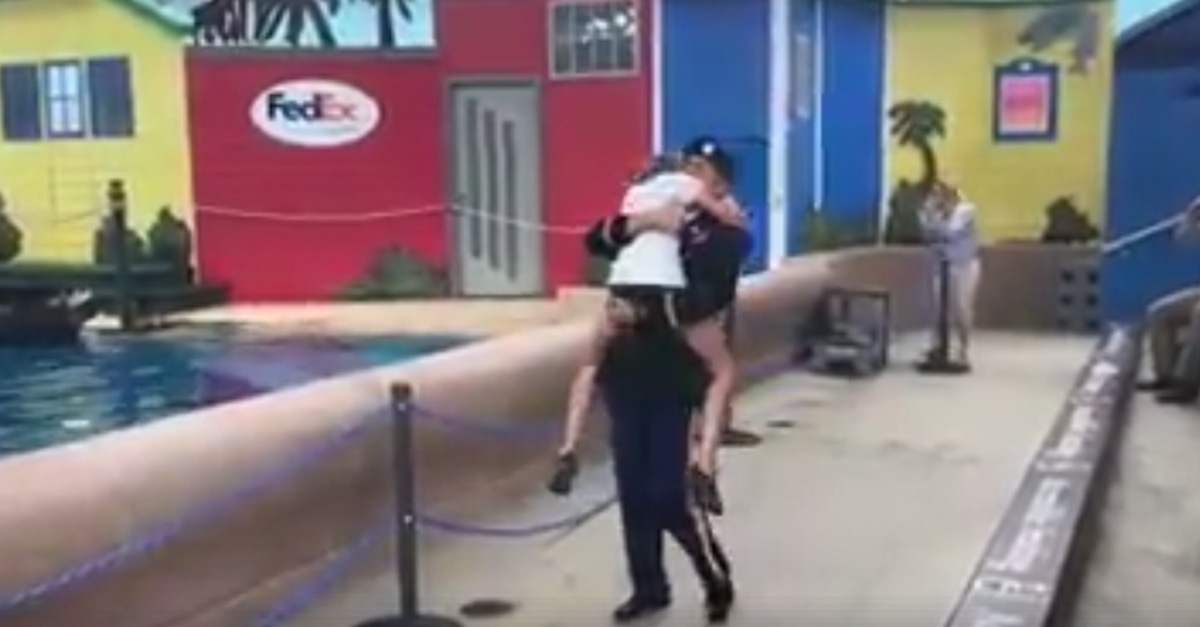 A young girl from Brookfield was reunited with her father this week in a surprise homecoming at the Brookfield Zoo. Her father was deployed in Kuwait for the last nine months.

According to her mother, the separation between 12-year-old Kristy Flury and her father, U.S. Army reservist Captain Joshua Flury, was really starting to wear on her.

“She would watch videos online of soldiers coming home and surprising their kids and she would just cry … and it gets to you,” her mother April Flury said, according to WGN. “I can only be mom, I can’t be dad.”

Kristy was reunited with a surprise just like the ones she has seen on the internet Thursday.

While at the “Dolphins in Action Show,” at the Brookfield Zoo, the emcee of the show announced to the crowd that Captain Joshua Flury was there, and Kristy immediately ran to her father for the embrace of a lifetime.

“As soon as I walked out and she saw me, and I saw her, everything just disappeared. It was just me and her. There was no camera, no people, no pool,” her father Capt. Flury said.

“It literally was the best hug ever. She squeezed. I had to kind of take a breath because I knew she was going to hold on for a long time, but she held on for a really long time.”

The young girl was also high from excitement. “I blanked out for a second, and ran up to him and it was just awesome to feel his hugs again, be in his arms again and see him home,” Kristy said.

It was truly special moment.