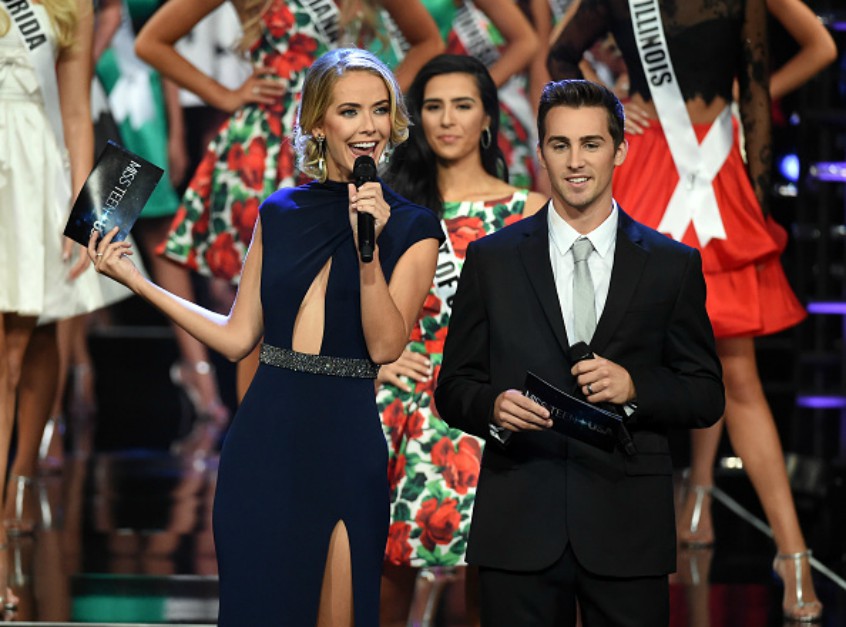 The 10 year-and-counting Sydni Dion Bennet lives by the mantra “Be yourself. Everyone else is already taken.”

Bennet is also a coach at dance studio Perfect Dance Artistry and Company – at the ripe age of sixteen, mind you – and has the convictions and confidence of an accomplished, wise woman, which may contribute to her impeccable posture.

Bennett recently made history as the first African-American to be crowned Miss Illinois Teen USA in all of the pageant’s 34-years.

RELATED: This beauty pageant contestant allegedly didn’t wait for the talent portion before popping a competitor in the head with her heels

“When they said my name, I was like, ‘Whoa! It’s me!’ I wasn’t expecting it, honestly. My reaction video isn’t that good because I didn’t know what to do. It set in a couple days after.”

“There were very few black girls competing,” said Bennett. “We were all close friends and talked about how it had to be the year for one of us to take it. No matter who, we wanted one of us to win.”

“We are so proud to have her as a winner this year,” said Daryl Schabinger, press relations manager. “She’s a beautiful and intelligent young lady.”

Bennet before the pageant weekend was not aware that a black girl had never won but that didn’t phase her in the slightest.

“I found out the night before the final show, actually. It made me want to fight harder and to win for all the black girls around, not just for myself,” she said. “I didn’t feel less about my ability to win because no black girl had done it; it put a drive in me rather than a doubt.”

Bennet says she wants other African-American girls to know they can do it just as she did. She says her life experiences have been prepping her for the big day all along.

“I think a lot of girls go in to pageants feeling like they have to make the judges think they’re somebody they’re not. But I went in with ‘I’m me; this is who I am.’ Talking about my hands-on work with teaching and mentoring kids was easy because it’s my everyday life. I think that’s the thing that set me apart, being genuine.”