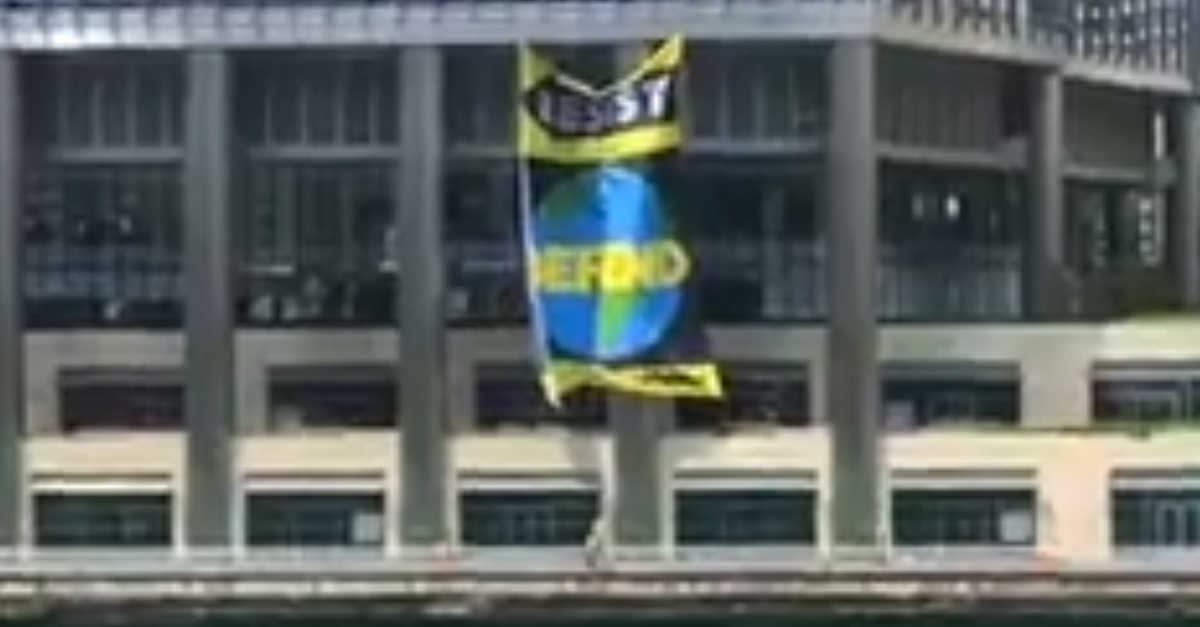 CHICAGO (AP) — Prosecutors have brought felony charges against four of six Greenpeace activists accused of unfurling a banner from Trump Tower in Chicago to protest the president’s stance on global warning.

The four face felony criminal damage to property and misdemeanor reckless conduct charges. Prosecutors said Sunday that Friday’s act of protest caused thousands of dollars in damage to the skyscraper.

Greenpeace USA issued a statement calling the charges “grossly inflated” and saying they are an attempt “to chill lawful protest.”

The 100-by-30-foot (30-by-9 meter) banner had the environmental group’s name and the words “resist” and “defend” on it. “Defend” covered a picture of the earth.

A Cook County judge released the four with electronic monitoring. They also are prohibited from visiting Trump Tower.