After the Blackhawks’ soupiest player announced his retirement, things got pretty emotional behind the scenes 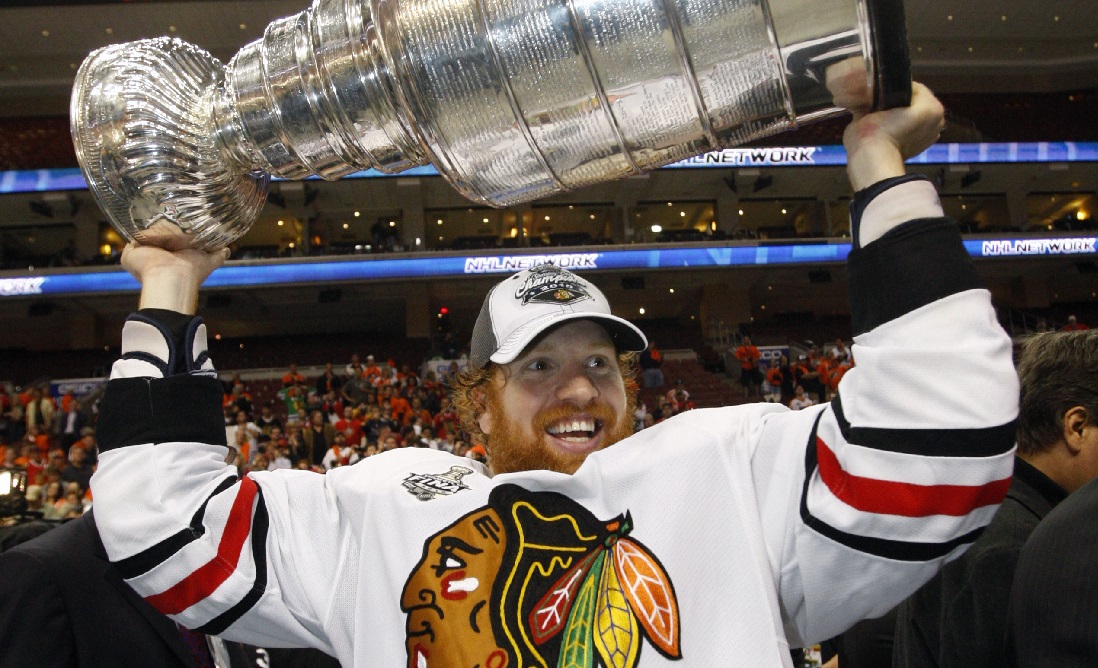 Earlier this week during a press conference, 38-year-old Blackhawks defenseman Brian Campbell announced his retirement from the NHL.

And, as posted on the Blackhawks’ Facebook page, things got pretty emotional behind the scenes during extended interviews with former Number 51.

RELATED: The Sharpest thing on ice is finally back home in Chicago, and the city could not be more thrilled

?I didn’t want to rush into a decision,” Campbell said during the conference. “…it wasn’t easy to say, but I was ready to say it.”

The footage features his wife and two daughters, as well as photos from his time with the Blackhawks.

Campbell grew up in Canada and played in the NHL for nearly 20 years after first being drafted by the Buffalo Sabres in 1999.

He was later traded to the San Jose Sharks and eventually signed to the Blackhawks in 2008 as a free agent.

Campbell remained with the team through 2010, when the Blackhawks won the Stanley Cup.

?Maybe I should have shot that puck,? Campbell laughingly said, referring to his recorded assist to Patrick Kane’s game-winning goal.

But, turning more serious, he said, ?Winning the Stanley Cup is the greatest gift you can give a boy from Canada.”

Campbell was traded after the 2010 season to the Florida Panthers, but returned to the Blackhawks for one last season from 2016-2017 before retiring.

RELATED: What this hockey team did for a WWII veteran will move you to tears

Gone from the ice, but not forgotten from the franchise, Campbell will continue on with the Blackhawks as in the special advisor business department and hockey operations with NHL’s coldest team.