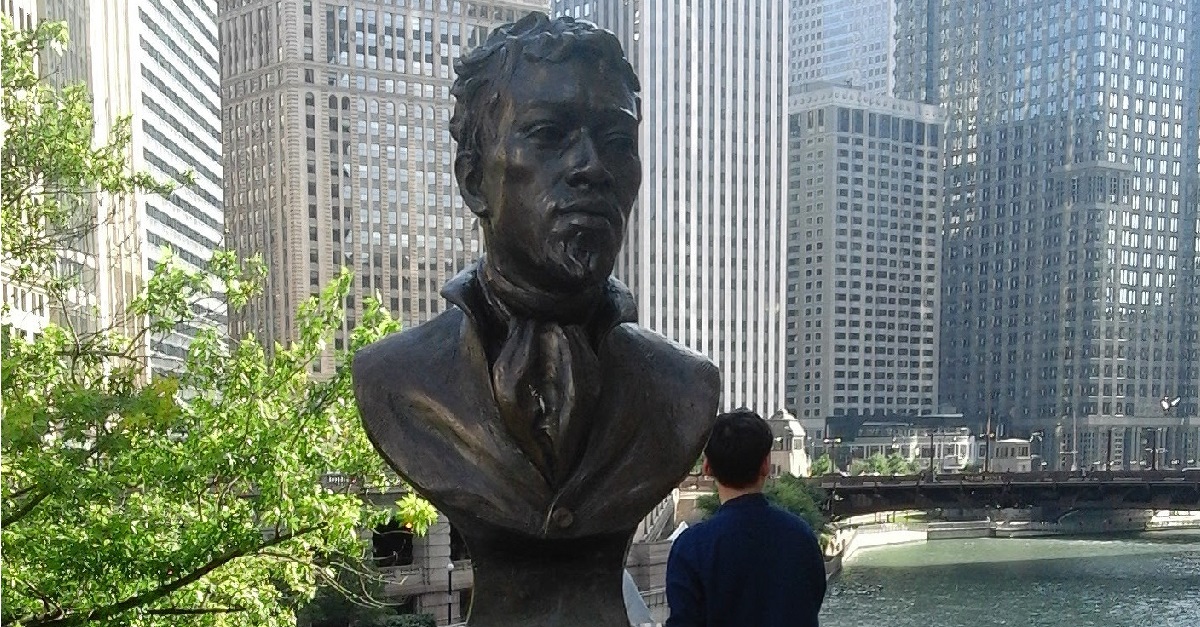 In a meeting on immigration last week, President Trump allegedly referred to multiple places around the world as “shithole countries.”

One those countries was Haiti, where according to people who were at the meeting, the President said: ?Why do we need more Haitians? Take them out.?

RELATED: Trump?s on a Chicago eatery?s hit list, and they just threw the first punch

In addition to the obvious issues with the comments, Chicagoans might have taken even more of a problem with them, as the city was founded by a man from Haiti.

Jean Baptiste Pointe du Sable is known for being the first resident of what we refer to as present day Chicago. While some parts of his life have been lost to history, a WBEZ story from a few years ago explored du Sable’s life and legacy.

He was born in Haiti (then still French colony Santa Domingo) around 1745, his father a French sailor and his mother a slave.

He moved to New Orleans in 1764 and made his way to the Eschecagou region around 1770. He built a trading post near where the Tribune Tower stands today.

He sold his property in 1800, although it’s not entirely known why. He moved to a farm in Peoria and eventually Missouri where he passed away in 1818.

The City of Chicago didn’t officially recognize du Sable until 1912 when a plaque made commemorating where his trading post had stood. In 2009, a bronze bust was created to further memorialize his legacy.

More and more places around the city eventually paid tribute to him, including the Du Sable Museum of African American History on Hyde Park.

Today, in light of Trump’s comments about Haiti, Chicagoans and others have found a renewed pride in the city’s connection to Haiti.

Grateful for Jean Baptiste Point Du Sable, “Founder of Chicago”—and Haitian immigrant. We are a nation of immigrants, who have made America great. We continue to be enriched by the gifts they bring to our shores.

"Founder of Chicago" Jean Baptiste Point du Sable of Haitian descent was the first permanent resident of what became Chicago, Illinois. Born in Saint-Marc, Haiti in 1745 he settled in Chicago and built a Fort circa. 1790 where your Trump Tower is today. 😲#HaitianHistory pic.twitter.com/jbT0KxEUrw

Haiti stood with the U.S. in the Revolutionary War. Haitian immigrant Jean Baptiste Point du Sable is considered the first non-indigenous permanent resident of Chicago. The only hole I see here is in some people's knowledge and memory. pic.twitter.com/rt9jPHoDtX

Born in the “shithole”the rest of us call HAITI! pic.twitter.com/3LOC3Lh0lu

RELATED: Mayor Rahm Emanuel doubles down on his ?Chicago is a Trump-Free Zone? comments on the Late Show With Stephen Colbert

Even Mayor Rahm Emanuel, during a speech last Friday at the 32nd Annual MLK Interfaith Breakfast, spoke of the legacy of du Sable.