Almost 150 years ago, the great fire roared through Chicago — but it really did great things for this city 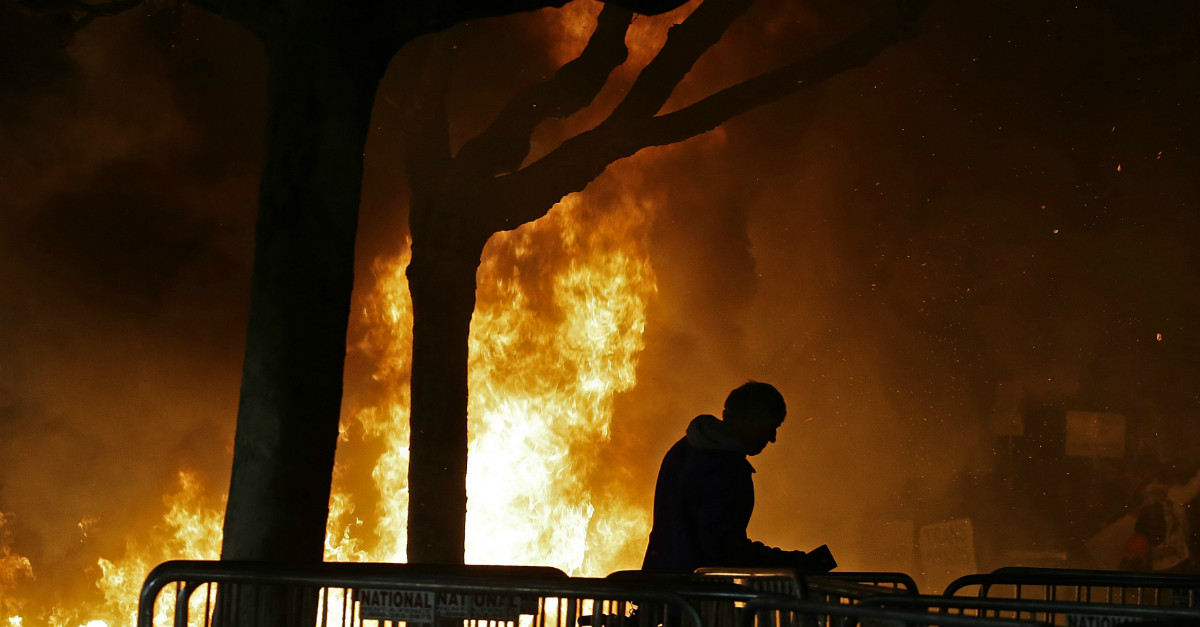 AP Photo/Ben Margot
A bonfire set by demonstrators protesting a scheduled speaking appearance by Breitbart News editor Milo Yiannopoulos burns on Sproul Plaza on the University of California at Berkeley campus on Wednesday, Feb. 1, 2017, in Berkeley, Calif. The event was canceled out of safety concerns after protesters hurled smoke bombs, broke windows and started a bonfire. (AP Photo/Ben Margot)

A city built of wood is destined to burn down, but no one in Chicago could have anticipated the fire that tore the city to ashes on October 8, 1871.

Almost 150 years ago the great city of Chicago was burnt to the ground with the fire destroying everything in its path, but history is important and Chicagoans remember the fire for that very reason.

RELATED: The story of Chicago’s 1909 plan and the City Beautiful movement show how Chicago’s been a world leader for more than a century

Home to many great rumors, Chicagoans love the story of Mrs.O’Leary and her cow who, as legend has it, began the devastating fire. While it cannot be confirmed that the cow tipped over a lantern sending the city ablaze, it is certain that the fire started right there in the barn.

“The one thing you can say for sure is it started in the cow barn, behind the O’Leary home on DeKoven Street,” historian Tim Samuelson told the Weather Channel. “That’s for a fact.”

The city was in its infancy, but was flourishing which is why most buildings were made of wood at the time. Chicago housed several lumber yards and families were stocking up on wood for the winter, adding to the already flammable city.

When the fire was reported, a telegram was sent to the firehouse, but by the time they arrived it had consumed an entire block. The telegram had been sent to the wrong firehouse resulting in a 20 minute delay from the time of the notice to the time of arrival.

RELATED: An old video shows the Chicago World’s Fair of 1933 in technicolor beauty

In addition, it was assumed that the Chicago River would aid the firefighters in stopping the tornado of flames sweeping through the city, but that assumption proved false as the river itself caught fire.

Finally, after several crucial mistakes and roughly two days of flames, a cold front brought on some rain as the temperatures dropped. The fire was burning for nearly 30 hours when the rain put out the last of it, though it is debated that the fire could have simply burned itself out.

While it tore through the city leaving nothing unscorched, the Great Chicago Fire allowed for a rebuilding of the city and many Chicagoans believe it is the best thing that could have happened at the time. Quite literally, this fire paved the way for a new future in Chicago.