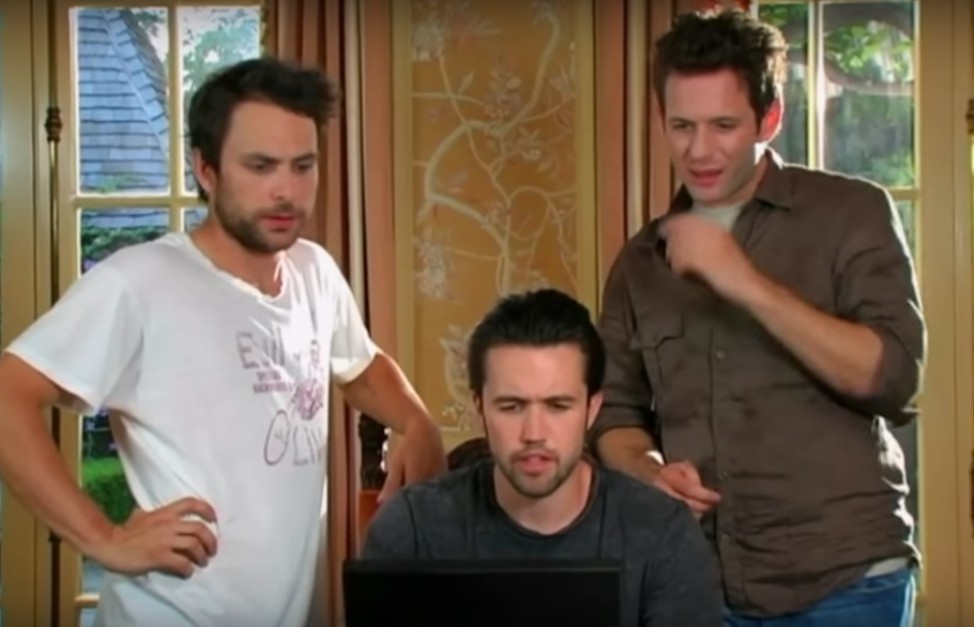 In honor of ‘The Gang’ and their loyal fans – Replay in Lincoln Park will be opening an It’s Always Sunny in Philadelphia pop-up bar next month.

According to the Eater Chicago, The It’s Always Sunny at Replay Lincoln Park: A St. Pat’s Day Pop-Up, will begin on March 9 through March 17 at Replay.

RELATED: If you liked the Stranger Things pop up bar, you will LOVE this..

Located at 2833 N. Sheffield Avenue, the arcade bar will (hopefully) mirror Paddy’s Pub – the dive bar where most of the action on the comedy takes place.

Personally, if they have a Cricket in the bathroom – I would be impressed.

The show has been going 12 seasons strong and though the pop-up is unofficial (much like the last few of Replay’s ventures i.e. Stranger Things, Rick and Morty, The Simpsons etc.) – the arcade bar hopes to reel in fans as well as newcomers with drinks full of oneliners and references from the show.

There will be “Fight Milk (for bodyguards, by bodyguards)” which will consist of vanilla vodka, creme de cacao, cold brew coffee and vanilla cream. There is also “Wolf Cola” – which is a concoction of whiskey matched with a pop-up exclusive cola and last but certainly not least, “Dee’s Cosmopolitan” – which sound like it will be equal parts awkwardly delightful and part-bird.

But the party doesn’t stop there – Replay will also be serving Philly-style cheesesteaks to honor Mac-level Eagles fans after the epic Super Bowl win.

There will also be an interactive portion where patrons can pretend they are “The Gang” and take a photo doing some type of activity according to the Eater.

Sounds like the Gang’s “Game of Games” if you ask me..

For all those who still have no idea what I am talking about when I say “The Gang” – the phrase is used as a prefix throughout the show for many episodes titles like “The Gang Finds A Dead Guy,” “The Gang Exploits A Miracle,” or one of my personal favorites, “The Gang Makes Lethal Weapon 6.”

The pop-up is set to end on St. Patrick’s day. But before you get all bent out of shape about it…

We have provided below a list of 50 facts below for all you Sunny fans out there about the show – courtesy of The Why.

RELATED: This guy playing the drums along with “It’s Always Sunny in Philadelphia” is the most absurd thing you’ll see today

But if you’re a TRUE Sunny fan then you will stop reading right now and make your St. Paddy’s plans today to get that sweet FIGHT MILK and maybe even meet your own Maureen Ponderosa.