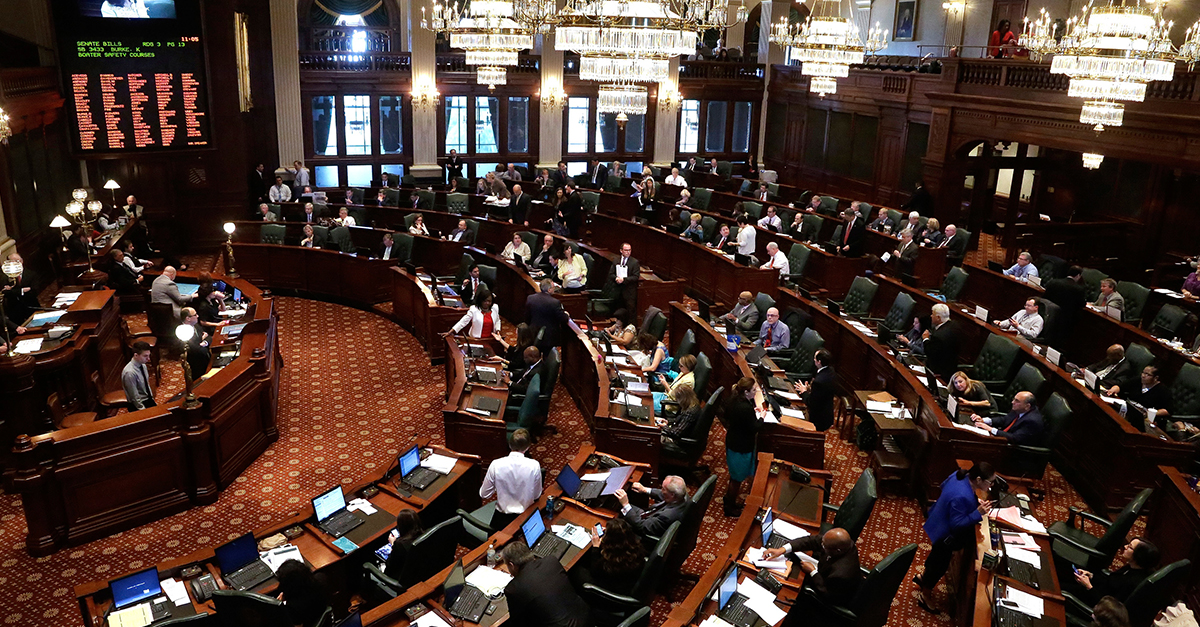 AP Photo/Seth Perlman File
FILE - In this Friday, May 30, 2014 file photo, lawmakers are seen on the House floor during session at the Illinois State Capitol in Springfield Ill. More than two-dozen legislators, about 15 percent of the General Assembly, have either resigned months into the current session or said they won't seek re-election. (AP Photo/Seth Perlman File)

CHICAGO (AP) ? An open letter alleging widespread sexual harassment in Illinois politics and urging women and their allies to come forward has been circulating around the state Capitol, a move that follows similar action in other states.

More than 130 people signed the letter as of Tuesday, including legislators, lobbyists, attorneys and directors of nonprofit groups. The incidents mentioned don’t accuse anyone by name but the letter does suggest the issue is pervasive and outlines scenarios involving male political candidates as well as those holding legislative leadership positions.

The Illinois letter, which first emerged Sunday, is the latest effort emerging from statehouses to address harassment and unwanted advances from men following the allegations against Hollywood mogul Harvey Weinstein.

The effort in Illinois is informal and follows private discussions between lawmakers, consultants and lobbyists. Among them was political fundraiser Katelynd Duncan who said the group was inspired by a letter circulated last week in the California Legislature, which has also hired a law firm to investigate sexual harassment allegations. In Oregon, a female state senator accused a male colleague of inappropriate touching and his committee assignments were removed as a punishment.

“Every industry has its own version of the casting couch. Illinois politics is no exception,” the letter reads. “Ask any woman who has lobbied the halls of the Capitol, staffed Council Chambers, or slogged through brutal hours on the campaign trail. Misogyny is alive and well in this industry.”

The letter describes incidents female legislators have faced when trying to negotiate bills or get legislation up for vote, like late night suggestive texts or unwanted touches.

Political consultant Becky Carroll, who also is a member of the group, said the goal isn’t to out people but to change the culture in Springfield.

There’s a private Facebook group with nearly 500 members and a Twitter hashtag, #ILSayNoMore, where stories are being shared. A legislative resolution is expected and two Democrats plan to announce a proposal requiring legislators, lobbyists and staff to undergo sexual harassment training.

Duncan said she experienced instances over the years with male candidates including being retaliated against for speaking up about inappropriate behavior.

“Very early on in my career, I was taught if I speak up, there’ll be negative repercussions,” she said. “I had to modify my behaviors to continue doing my job.”