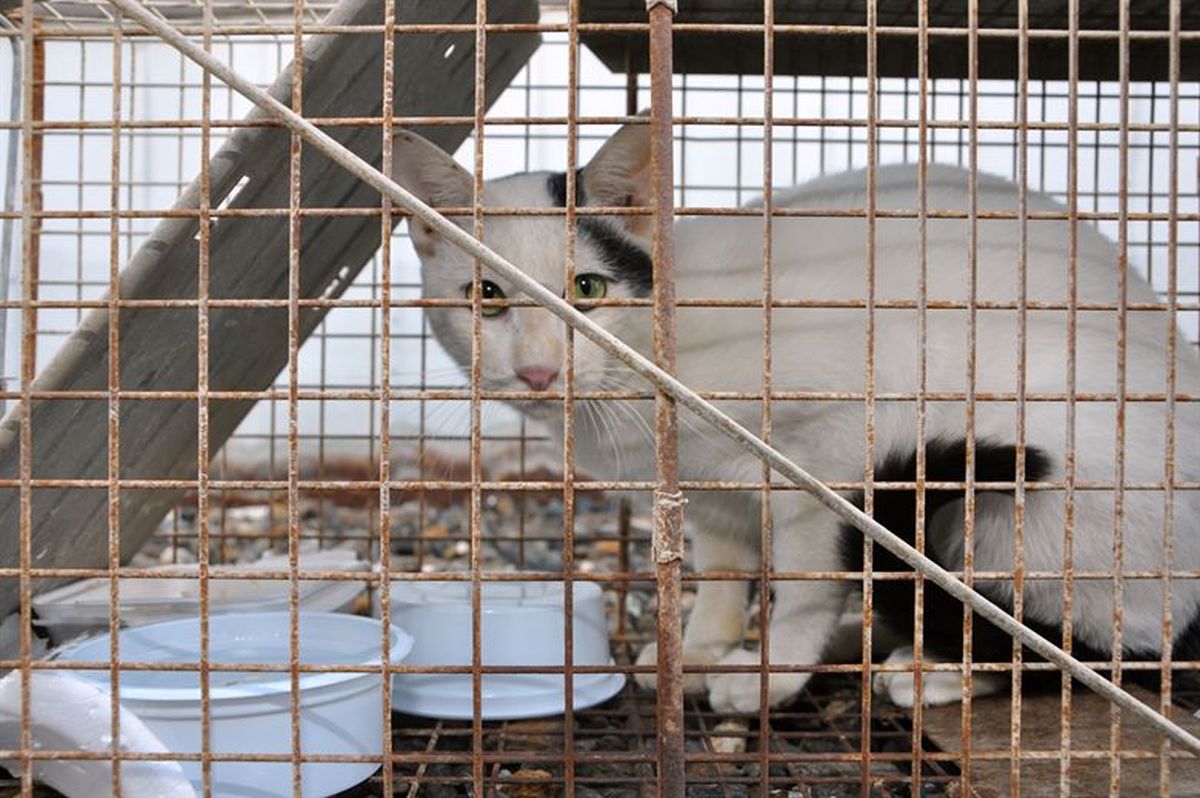 Shelter officials in Northwest Indiana have noticed a pattern in the animals abandoned in their area during the freezing winter months- they’re mostly cats.

The Chicago Tribune spoke to Michelle Duca, founder of the nonprofit Feline Community Network, a shelter/sanctuary for unwanted, abandoned cats in Hobart. And she claims she has seen a sudden increase in “dumped” pet cats, their owners have been leaving them outside, in dumpsters, and shelters- to brave the weather conditions. She fears most of these cats will die of starvation, illness or injuries.

The proof that these are pet cats and not strays, comes from observing the cat’s neck to see if they have a collar or not. In Duca’s case, she has found most of them indeed do. She even said she has seen some that are left behind with their carriers. And because pet owners usually declaw their kitties, they are twice as vulnerable.

“We recently took in six cats. We lost two. All were adults and all were declawed but one. People are throwing them outside and they’re unable to fend for themselves. I think there’s still a philosophy that pets are disposable. I’m trying to educate people on how delicate they are,” Duca said.

In one horrific case, Duca spoke to an owner who dropped their cat off at a shelter but wanted the carrier back… Just to clarify, these shelters don’t have an issue taking cats in. But, according to Duca, some shelters, specifically the no-kill shelters, have filled their capacities with abandoned cats.

Duca herself has taken in a total of 55 cats that weren’t accepted at the no-kill shelters, but has reached her limit as well. Frieda White, executive director of the Humane Society of Northwest Indiana in Gary said:

White said even dogs are facing similar circumstances. According to White, the Gary shelter recently adopted out two Dachsunds that were brought in. At the same time, someone was dropping off their Pomeranian they no longer wanted.

The Gary shelter recently reached capacity, according to White, but they just adopted four cats out so they now have room for a few more. Both Duca and White claim this is a pattern seen in the colder months, but it is definitely a year-round problem. Now, most of the time it’s those who have been feeding strays in their neighborhoods that worry for them as it gets colder and take them to shelters.

“As soon as the snow starts falling, I’ll be getting more calls,” Duca said.

A huge factor is also the fact that the cost of maintaining a pet, becomes a burden.

“People don’t realize that cats have a lot of medical issues,” Duca said.

Having to rely mostly on donations, Duca said the nonprofit shelter spends about $10,000 a month on medical bills alone for cats there. White and Duca are in communications and with a team effort they both trade services to aid the cats find homes. White trades Duca some of her adult cats in exchange for kittens, which are easier for White to find families for.

RELATED: Man trapping cats has ?no plans to stop,? trying to prove his point.

Another solution, according to Duca, is a more aggressive spay and neuter program. White claims cats should never be allowed outdoors, where airborne illnesses can attack them. Neither White nor Duca will adopt pets as gifts, and Duca won’t do same day adoptions.

“Our new joke is we’re a dating service. We find the right cat for the person with the right personality. They’ve been failed once. We won’t let them be failed again,” Duca said.