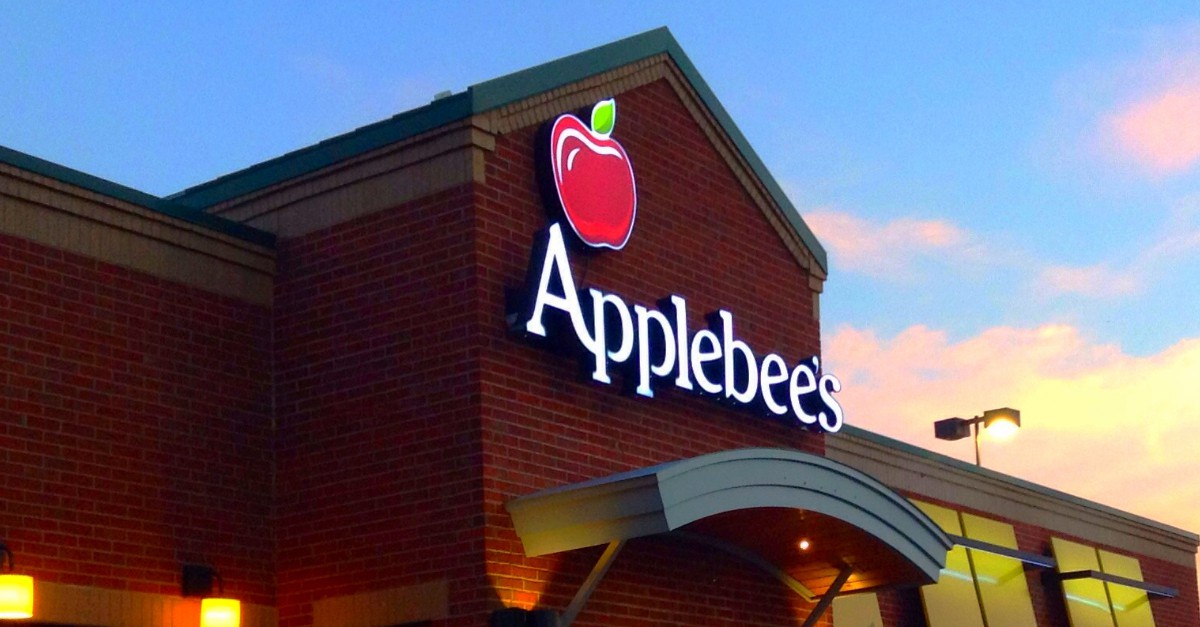 After racially profiling two African-American diners at a Missouri mall, three Applebee’s employees have been fired after one of the customers posted a video of the incident on Facebook.

According to a WGN report and the Kansas City Star, Asia Hardy and her friend, Alexis Brison from St. Louis were eating at restaurant when a police officer, a mall security guard, and a manager confronted them.

RELATED: If you need a holiday pick-me-up, Applebee?s has $1 Long Island Iced Teas all month long

Reportedly, the two officers approached the women regarding an incident that happened the day before where two women allegedly left without paying for their food. In the video, an Applebee’s employee in the video can be heard identifying the two women however, the women say the servers description of the dine-and-dashers was vague with few details besides skin color as well as body size.

Brison then tells the officer, ?We?ve been shopping. We?re just trying to have a nice dinner. Can we just pay for our food? We haven?t done anything.?

The officer proceeds to ask the women to put themselves in his shoes – saying he needed to ask them about the manager’s allegations.

?You?re doing your job but the restaurant isn?t doing its job. Because if she?s positive that she?s seen us, we haven?t been in here,? Brison said.

The two women ask if there are cameras to prove they aren?t the suspected thieves from the day before.

The officer then tells them to ?just relax.?

?This is too much of an accusation to call it nothing because we have not been here,? one woman said.

Released on Monday evening, in a statement – Applebee?s said the restaurant?s manager, a server along another employee involved in the incident have been fired after an internal investigation.

The franchise also added the Independence Center location is currently, temporarily closed ?in order for the team there to regroup, reflect, learn and grow from this.?

Applebee?s said they are reaching out to apologize to the two women, according to WGN.

?At Applebee?s, we do not tolerate racism or bigotry of any nature. We regret any incident like this, because we want every guest experience to be positive. Our team has been working throughout the weekend and will continue to work to determine what happened and what appropriate measures will be taken. We currently have no indications this was race related. We have a diverse workforce that is reflective of the community we serve. All are welcome at our restaurant, and will continue to be welcome.?

The day prior, Independence police said they had not received a police report on either the incident shown in the video or the dine-and-dash incident.

RELATED: When some rotten teens decided to rob an Applebee?s, they didn?t expect a few rogue badasses to save the day

Ryan Kaiser, the attorney for both women, said at this time they have no comment on the incident.