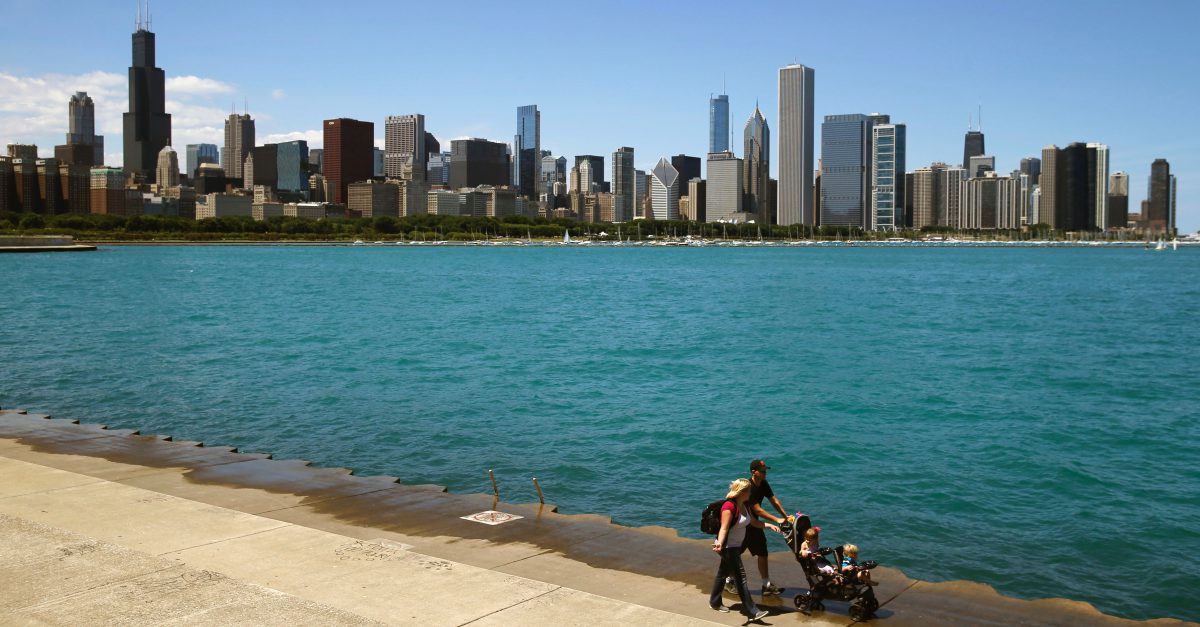 Photos of Lake Michigan FROM OUTER SPACE?!?! Say no no more.

An American astronaut – Scott Kelly – tweeted a photo of Chicago and Lake Michigan late Wednesday night and it has since blown up.

As you can see in the picture below – even from space you can see the bright lights of the Windy City.

You can also view Minneapolis along with the southern part of Lake Michigan and the west side of the Lower Peninsula, including Grand Rapids.

RELATED: Astronauts play with fidget spinners in space ? and it?s science for the win

But the best part of this photo is when you look to the north – where you can see the northern lights phenomenon (aurora borealis).

Encore Scott Kelly! You are out of this world.