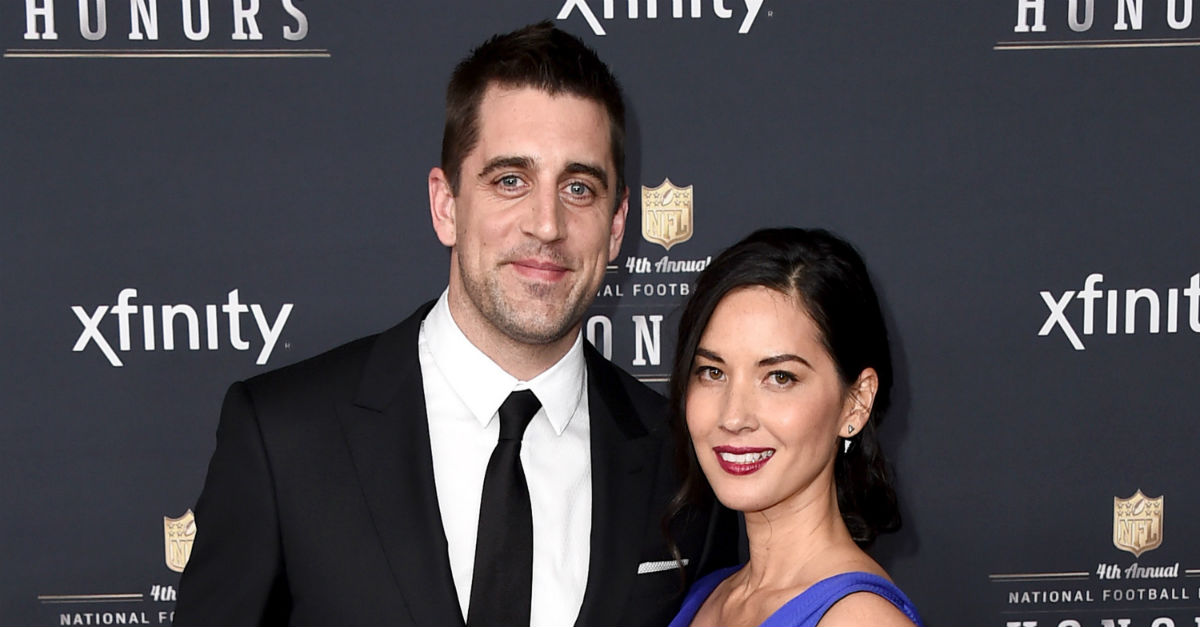 Green Bay Packers Quarterback Aaron Rodgers was met with a mom and son duo and naturally, you’d think they were thrilled…but here is the catch: they were both Chicago Bears fans.

According to USA Today, a Julie Nicoll and her son, Peter, took a quick trip to Chicago to see the holiday decorations one Saturday night. They were waiting to cross busy street when Peter thought he recognized Aaron Rodgers.

RELATED: This former Chicago Bears player is a semifinalist for the Football Hall of Fame

Surprisingly, it was him — and the three walked and talked close to 15-20 minutes with Rodgers asking the pair lots of questions.

Peter later apologized for being a Bears fan, but Rodgers told him no need to as he lives in Chicago and should be a Bears fan.

But the story gets crazier. Close to an hour after the encounter – both Julia and Peter were shopping when they noticed a woman head to toe, dressed in Packers gear. Julia told the woman about her surprise Aaron Rodgers encounter and the woman simply replied “Oh, my son plays for the Packers.”

RELATED: The Bears?s own John Thierry passes away at early age of 46

That woman ended up being Ty Montgomery’s mom. Montgomery is the running back for the Packers. The whole serendipitous event happened earlier this month when Green Bay was in town to play the Bears.

Julia decided to share the story after some encouragement from a friend who lives in Wisconsin and we are so glad she did. The universe has proved, whatever team you’re on – kindness goes a long way.