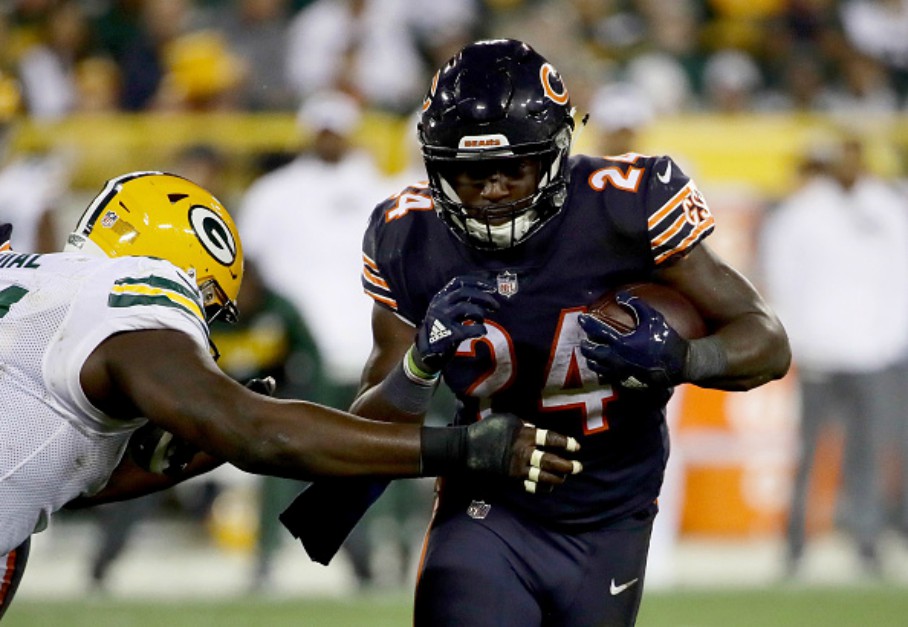 Both Bears players and coaches linked arms on the sidelines during the national anthem just before Thursday’s game against the Packers – another demonstration that emulated what they did last Sunday in response to Trump’s vicious comments advocating the firing of NFL players who kneel during the anthem to protest racial injustice.

Highly anticipated leaguewide, both teams’ actions would set the tone for the rest of the NFL as it was the first game on the Week 4 slate as its uniform reaction and response to Trump.

The Bears didn’t say anything prior to the game as to whether they would demonstrate. When asked about it, cornerback Prince Amukamara – he refocused the question to the intent behind how both players and teams have approached the anthem.

RELATED: This is how the Chicago Bears responded to Trump comments on the NFL

“I think that more attention has been on what the guys are doing, what we’re doing, rather than why we’re doing it,” said Amukamara. “I think with what Trump did, I think he tried to make it about him, and really it’s not. It’s just about social injustice and inequality. And I think we’re all just hoping that message still stays pure.”

Just before kick-off and the “The Star-Spangled Banner” was sung, a huge American flag was displayed on the field. Fans chanted in unison “U-S-A! U-S-A!” And just like the Bears, the Packers players and coaches linked arms too.

Packers Martellus Bennet – a former bear – came up with an idea on Tuesday to ask fans in the stadium to join the Packers in linking arms during the national anthem. The request for “a moment of unification” was included in the statement the team released and gave to all Packers players.

“It will represent a coming together of players who want the same things that all of us do — freedom, equality, tolerance, understanding, and justice for those who have been unjustly treated, discriminated against or otherwise treated unfairly,” said the statement.

“You will see the sons of police officers, kids who grew up in military families, people who have themselves experienced injustice and discrimination firsthand, and an array of others all linking together in a display of unity.”

General Manager of the Bears, Ryan Pace in an interview on the team’s pregame show was asked his reaction to how his team responded to Trump’s half-baked remarks.