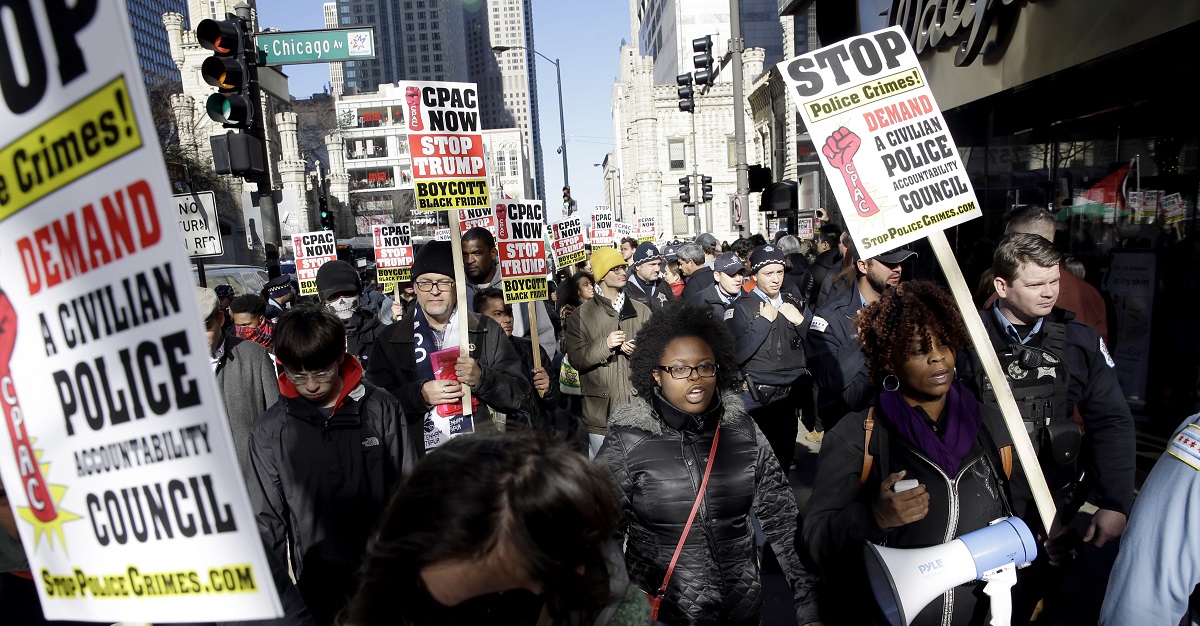 For the third year in a row, activists marched down the Magnificent Mile to raise awareness to police misconduct and to call for more oversight into the Chicago Police Department.

About 100 protestors were there, calling not just for police reform but for a boycott of the stores along the Mag Mile as well. This day was chosen as it is one of the busiest shopping days of the year.

RELATED: FBI Houston searches for a Black Friday bank robber and the reward for information is generous

WGN reports that this protest hasn’t been as large as in year’s past but there was still a heightened police presence focused around Water Tower Place.

Despite the smaller turnout, there were still big names to make an appearance and speak, including Alderman Carlos Ramirez-Rosa of the 35th Ward. ?It is ridiculous that the city of Chicago can find $95-million to build a new swimming pool and shooting range for cops, but we cannot implement what we know will truly bring oversight and accountability to the Chicago Police,? the alderman said.

Rosa is the author of a police oversight ordinance but there’s been no action on it for over a year. Now, he says that he is going to force a vote. His question to the mayor: ?Do you stand with the murderer of Laquan McDonald or do you stand with the people that are fighting to make sure that we don?t lose another young black life to police violence??

While the aim of any protest is to disrupt every day life, that may be less the case this year than in the past. The Chicago Tribune reports that less consumers are heading out for Black Friday deals than in recent years.

The Tribune references a recent survey by Deloitte that says about 60% of Chicagoans planned to use smart phones to make purchases on Friday, an increase for 37% from last year.

The mayhem that has marked Black Friday the past few years, with consumers being trampled and getting in fights to get top deals on items may no longer be the associated holiday tradition.

The Tribune also writes that “[m]ore than 61 percent of online visits and more than 46 percent of online revenue came from smartphones and tablets as of 9 a.m. Friday” according to research done by Adobe Analytics.

Still, some people prefer to get out of their homes and go shopping with the family. “I’m not one that likes to be online because I like to be out with the crowd looking for the deals, trying on the clothes,” Kathleen Sweeney, 58 of Roselle, told the Tribune. “It’s kind of boring when you’re sitting in your pajamas.”

Additionally, a separate group of Animal Rights protestors were seen outside the Canada Goose store not too far from Water Tower Place. No violent incidents have been reported taking place at either of the protests.