The winter cold has brought back an old Chicagoland foe: Black Ice 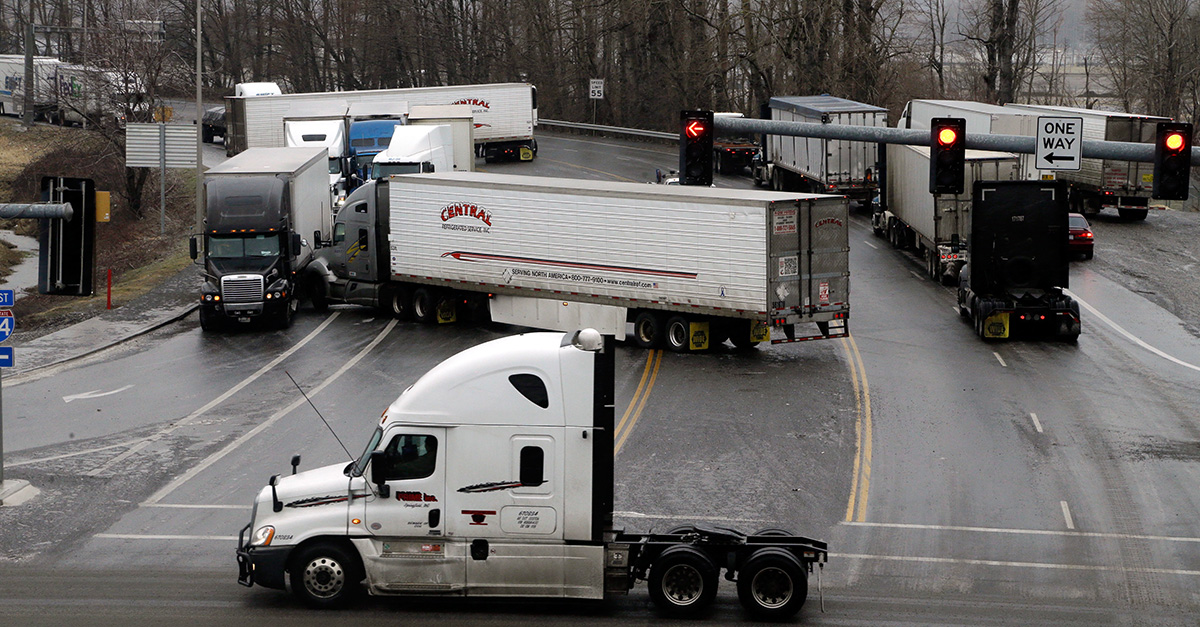 AP Photo/Don Ryan
CORRECTS FROM INTERSTATE 5 TO INTERSTATE 84- A handful of entangled semi trucks block a stretch of an icy road just off Interstate 84 in Troutdale, Ore., Friday, Feb. 3, 2017. Freezing rain has caused many crashes in the Portland and Columbia River Gorge areas. (AP Photo/Don Ryan)

One early Monday morning, icy roads caused a number of crashes in the Chicago area, which led to shutting down roadways as crews worked to salt. One dramatic rollover crash was caught on camera on the Dan Ryan Expressway ramp at Canalport.

The ramp became so dangerous it was shut down by the Illinois Department of Transportation.

RELATED: One man took what is possibly the most scary video showing a semi truck sliding on black ice

Footage showed the driver of an SUV losing control and flipping over onto its roof with two people inside. Those inside the car were not injured, authorities said.

Several other cars lost control at the same ramp, with one crashing through a fence and another ending up in a vacant lot.

RELATED: Black ice caused a horrific car pileup ? when you see what one man walked away from you?ll be stunned

Another slippery spot was reported at 130th Street on the city?s South Side, where a vehicle fishtailed and hit an ambulance.

Black ice forms when the temperature is 32 degrees or colder outside and since cars can’t gain traction on ice, AAA says it’s even more dangerous than snow. Officials recommend that drivers do not hit the brakes in the event their vehicle begins to slide on black ice.

To watch the full coverage, watch below.
Select Text