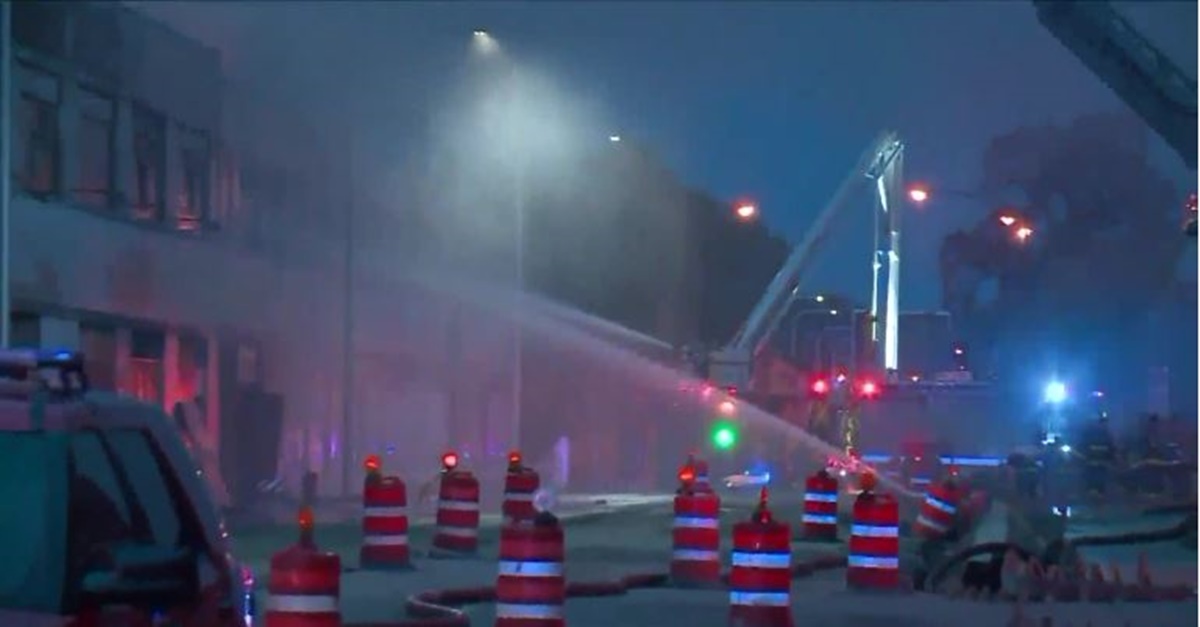 A vacant building that was once a car dealership that refurbished “The Blues Brothers'” cop cars was bursting with flames in Humboldt Park Friday morning, resulting in the injury of at least one person.

According to WGN, the West Side warehouse fire started at around 4:30 a.m. in a three-alarm fire, but the fire department responded promptly, extinguishing the flames. One person was reported to have a leg injury and was relocated to Stroger Hospital in critical condition.

The building was known for squatters and, after the flames were put out, firefighters went into the warehouse in search of victims, pulling out eight homeless people. Residents of the area told WGN the building has seen flames before from the homeless men and women inside setting fire to it.

Related: Almost 150 years ago, the great fire roared through Chicago — but it really did great things for this city

The structure of the building is something to note as it is actually three vacant buildings connected together to form the one, larger warehouse that houses the homeless men and women in the area. With the fire out, some have begun to reflect on the history of the building, which began in the 1940s as a car dealership.

In the 1970s, the building supplied all of the vehicles for the Chicago Police Department, which is where its Hollywood history comes from. The building was the location used to refurbish the famous “Blues Brothers” police cars, which helped put Chicago on the big screen in a big way.