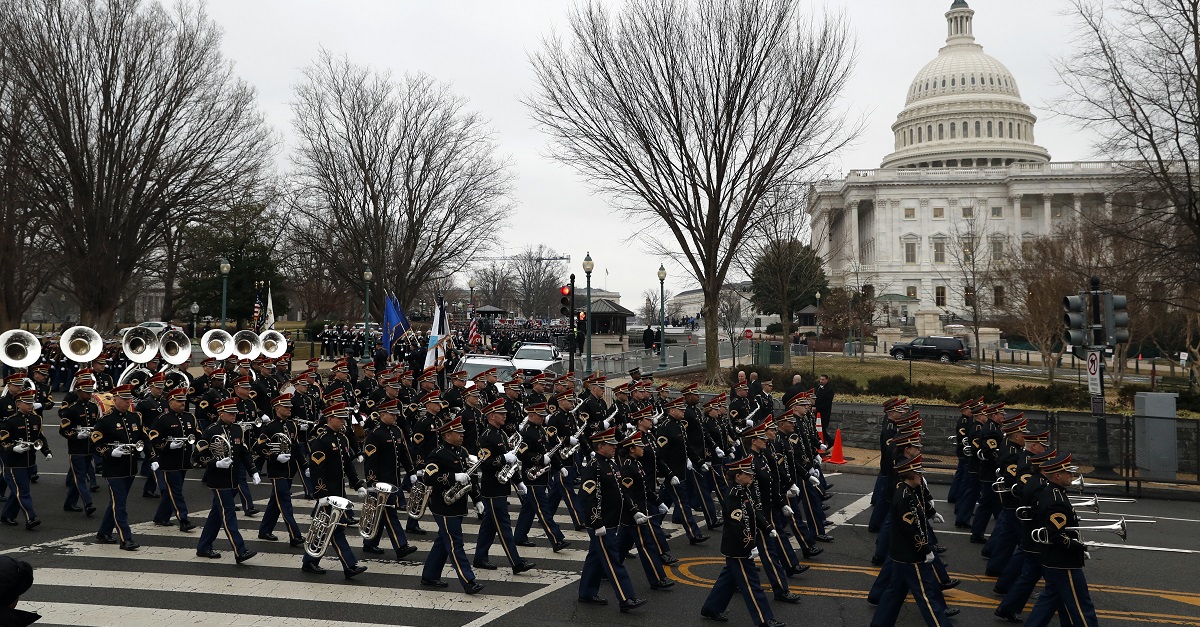 Earlier this week, President Trump expressed interest in a military parade through Washington D.C. that would show the strength of U.S. forces and to honor the troops.

Many across the Internet have already fired off some hot takes, and now both Senators from Illinois have slammed the President’s choice for multiple reasons.

“It’s a monumental waste of taxpayer resources,” Duckworth told the Sun-Times on Wednesday. “Why would we do this when we’re still at war? We have young men and women in harm’s way right now.”

“And he wants to hold a parade? For what? . . . Let’s take that money and spend it on our troops or their families,” she continued, and “not order them to participate in some sort of a show and parade for his ego.”

Duckworth also pointed out that military personnel who are opposed to the idea cannot just refuse to do it. “Unlike other people who can quit their jobs, our military men and women can’t. . . . They have to do it.”

The Sun-Times notes that Trump’s enthusiasm for this project was inspired by the parade he saw last year in Paris, France for Bastille Day.

“I do want to say that I was your guest at Bastille Day, and it was one of the greatest parades I’ve ever seen,” Trump said. “It was two hours on the button, and it was military might, and I think a tremendous thing for France and for the spirit of France. . . And to a large extent, because of what I witnessed, we may do something like that on July 4th in Washington, down Pennsylvania Avenue. I don’t know. We’re going to have to try and top it.”

“They had representatives from different wars and different uniforms. It was really so well done. But I came back, and one of my early calls were, I think we’re going to have to start looking at that ourselves. So we’re actually thinking about 4th of July, Pennsylvania Avenue, having a really great parade to show our military strength.”

RELATED: Dick Durbin’s not the only Illinois Senator calling out Trump: Sen. Duckworth responds to his comments about the military

If Trump is really so concerned with having a parade, one suggestion is for him to do something worth celebrating: bring the troops home from the unnecessary wars he was so critical of during the Obama Administration.