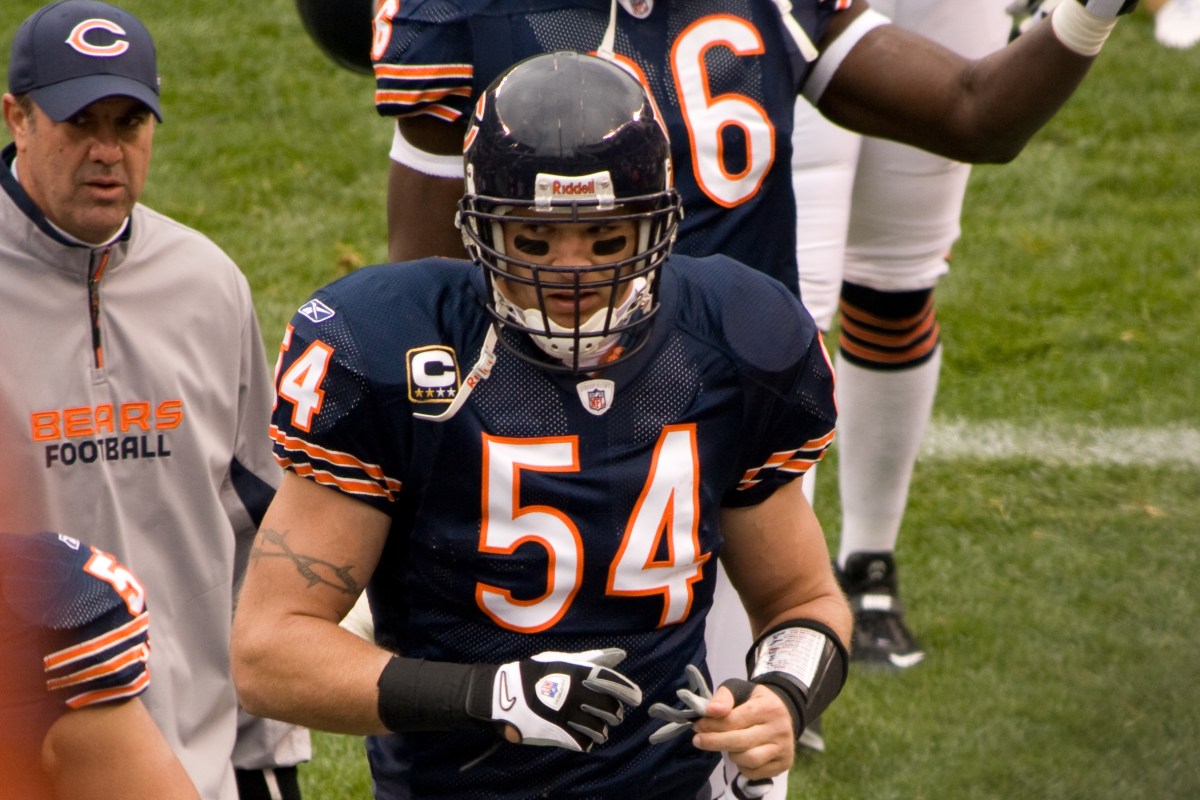 The votes are in, the finalists for the class of 2018 NFL Hall of Fames have been announced. One of the Chicago Bears legends, Brian Urlacher, made the cut!

RELATED: Josh McDaniels might be interviewing for that new Bears Head Coach opening

It’s a nice New Year’s gift for Bears fans, who probably aren’t too pleased with their beloved team right now. Urlacher, along with 15 other players were named finalists. However, no more than five of them will be voted into the Hall. The final vote will go down on February 3, the night before the Super Bowl.

In the 2000 NFL draft, Urlacher was the ninth overall pick of the Bears. In his very first season, Urlacher earned the NFL Rookie of the Year award, he ultimately made eight Pro Bowls during his career. A four-time First-team All-Pro, in 2005 Urlacher was also named NFL Defensive Player of the Year and was a part of the NFL’s All-Decade team for the 2000s.

During his time with the NFL, a whopping 13 seasons, he recorded 1,354 tackles, 41.5 sacks, 78 pass deflections, 22 interceptions, two defensive touchdowns and 11 forced fumbles. His honorific mention is well deserved.

So what will this mean if he makes it in? He’d be the 35th former Chicago Bear to enter the Hall of Fame and the 28th who has made their primary contribution to football with the Bears. Back in 2011 it was Richard Dent who played the majority of his career with the organization.

RELATED: What’s on Jeff Fisher’s Christmas list? To coach the Bears next year.

Other players who made the cut include Ray Lewis, Steve Hutchinson, and Randy Moss. Here is the full list: