Can the Chicago Bulls can save us from North Korea? Trevor Noah thinks he’s onto something 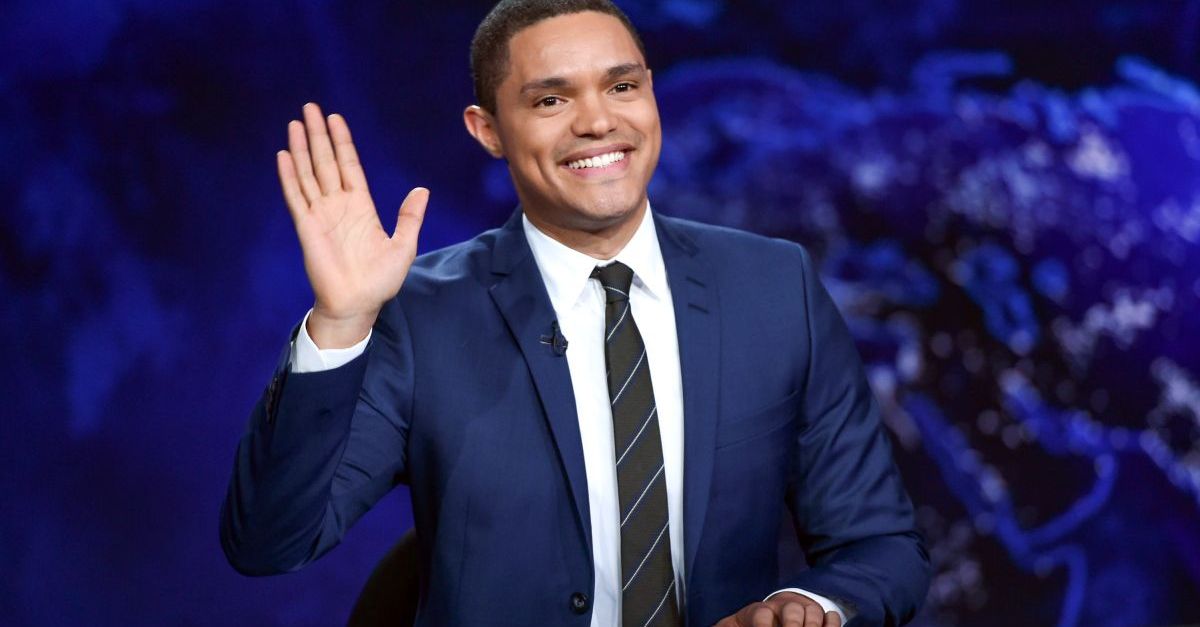 “The Daily Show” with Trevor Noah has been filming all week from Chicago at the Athenaeum Theater.

The show wrapped up this special set location production on Thursday in far better form than the woeful Cubs. For four days Trevor Noah hosted an “undesked” version of his Comedy Central show.

The program played for the most part as a stand-up showcase interlaced with news clips. The performances were from Noah and Daily Show senior correspondent Hasan Minhaj. The pair did their bits between scenic design that suggested an alley beneath a stretch of elevated train tracks, Noah rarely passed up an opportunity to indulge the hometown crowd, which faithfully laughed and applauded on command.

Noah’s opening segment on Thursday was tailored for the Chicago crowd, Noah compared video of Cubs bullpen pitchers dancing after a home run during the NLCS to a clip of the Peanuts gang busting a move during a Christmas shindig.

Minhaj, whom you may recall from last April’s White House Correspondents’ Association dinner, didn’t lay off the local sports references. And he also brought up how an anchor in a news clip noted a frightening breakthrough in Kim Jong-un’s nuclear capability: a missile that can supposedly reach Chicago.

The comedian assured the crowd that Chicagoans had nothing to fear; this due to the city’s safety is practically guaranteed due to the North Korean leader’s boyhood obsession with the 1990s Chicago Bulls.

He also asked the crowd to consider Kim’s odd-couple friendship with Dennis Rodman. Following that line of thinking to its logical limit, Minhaj then wondered what progress could be achieved if the U.S. government dispatched the reunited 1995-1996 Bulls roster to North Korea.

RELATED: Trevor Noah held an election night “funeral for America” to lighten the mood of a heavy evening

“We’ve seen this before, right? Michael Jordan plays basketball against evil foreigners to save the world? That’s not a peace summit,” Minhaj said. “That’s Space Jam 2. M.J. could solve this whole thing in a day! Listen, Mike, if you’re watching, all you gotta do is go to North Korea, befriend Kim Jong-un, and let that little Make-A-Wish dictator dunk on you.”