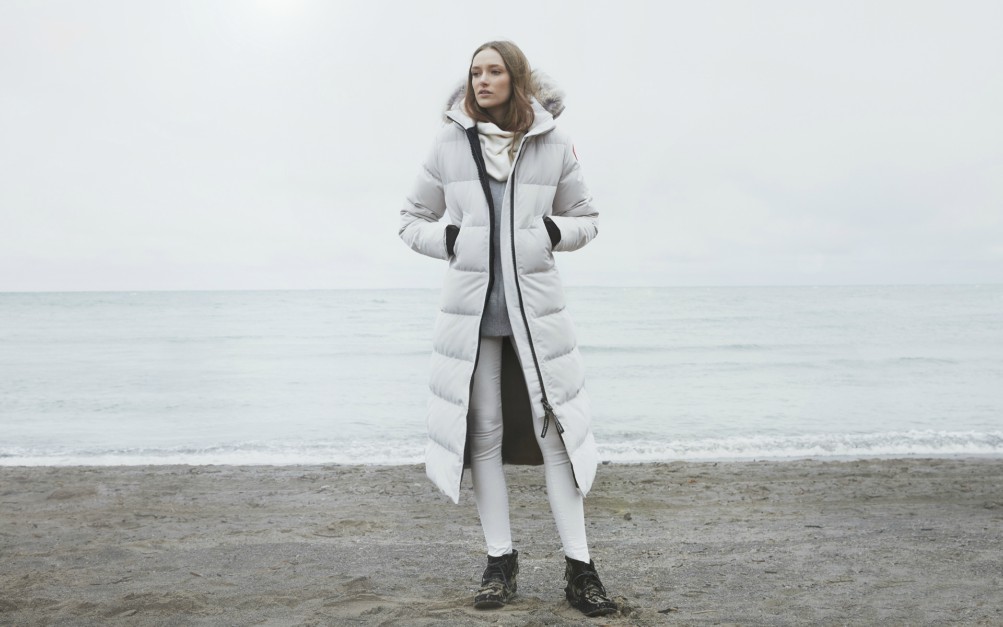 As Chi-town is slowly becoming chi-beria, the brand Canada Goose is opening a flagship store on Michigan Avenue.

For the Toronto-based company, it will be the third retail outpost. Best known for their made-in-Canada, artic-ready parkas, they run up to $1,995.00 and weigh up to 8 pounds. The 60-year-old brand is relatively new to selling directly to its customers – the first Canada Goose stores opened last year in Toronto as well as New York.

RELATED: In an epic fight of national pride, a Canada goose and American bald eagle battle it out

The 10,000-square-foot Chicago store opens Saturday in the Park Hyatt building at 800 N. Michigan. It will feature not just the parkas but maple wood changing room benches and a checkout desk — a nearly 2-ton block of British Columbian marble — all Canadian-made.

Canada Goose is filling a former Giorgio Armani store, which moved to nearby Oak Street in 2015. Four more Canada Goose flagships are expected to open by the end of the year.

RELATED: This man’s impression of a particular animal will give you goosebumps

Other upscale brands have been pulling back on bricks-and-mortar stores but not Canada Goose. The CEO of the franchise, Dani Reiss said the company is taking “a responsible approach”. Stores help Canada Goose build ties with customers, who he thinks are drawn to the utilitarian brand’s authenticity — even if they live well south of the frigid climates its winter gear was designed for.

“We want to be able to tell the story of our history and our heritage and how we make our products,” Reiss said.