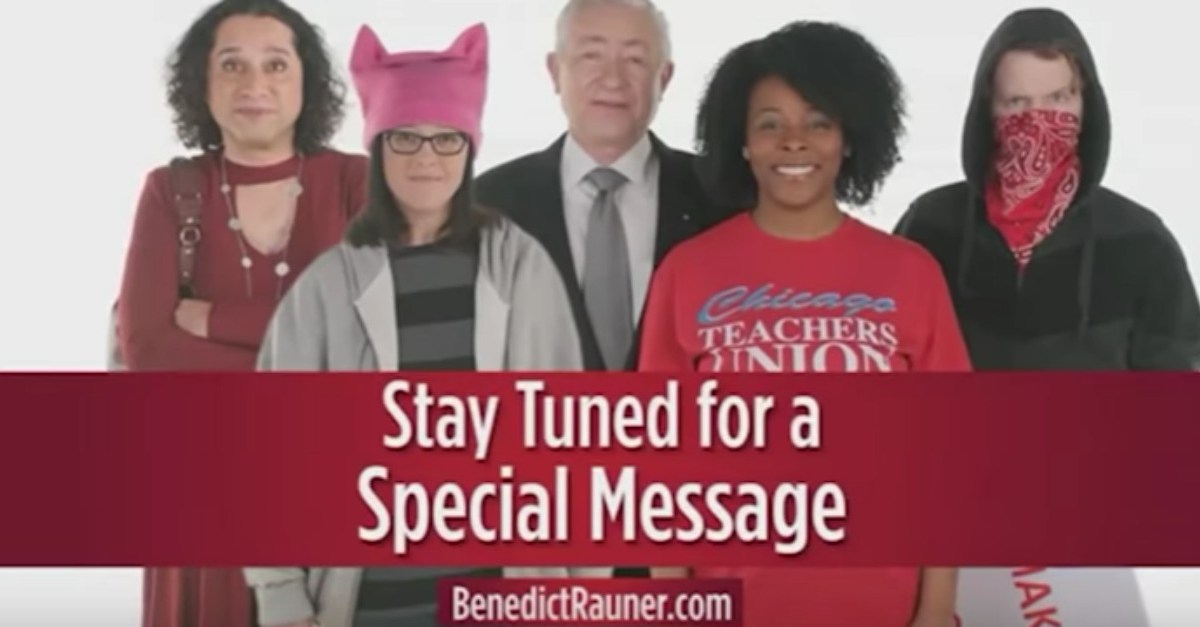 In a campaign ad that has been called racist and homophobic, a Republican lawmaker who is attempting to unseat Gov. Bruce Rauner is standing by her ad, despite the state party chairman’s request for her to stop airing it and apologize.

According to msn news, social and fiscal conservative State Rep. Jeanne Ives said the ad that began airing this weekend showcases the GOP governor’s “chosen constituents based on the policy choices he made” and primary voters need to know about his record.

The ad features actors portraying a transgender woman, an African-American Chicago Teachers Union member and a woman wearing a pink hat associated with women’s marches – each thanking Rauner for his policies. Both people and advocacy groups of either political parties quickly called out the ad as divisive and misleading, according to msn.

According to the news outlet, a spokeswoman for Democratic governor candidate J.B. Pritzker said Ives was promoting “poison,” while Illinois Republican Party Chairman Tim Schneider said Ives should pull the ad and “immediately apologize to the Illinoisans who were negatively portrayed in a cowardly attempt to stoke political division.”

“There is no place in the Illinois Republican Party for rhetoric that attacks our fellow Illinoisans based on their race, gender or humanity,” Schneider said Saturday, according to the news outlet.

The Ives’ campaign swept Scheider’s statement under the rug, saying the Illinois GOP an arm of Rauner’s campaign as the organization is almost entirely funded by the wealthy former private equity investor, Rauner, according to msn.

RELATED: According to lawsuit, Gov. Rauner met about investments in office

“Rauner betrayed Illinois conservatives. He and his paid-for mouthpieces don’t like his betrayals being illustrated and his radical left-wing social agenda being exposed,” Kathleen Murphy, the campaign spokeswoman said. “Rauner is the one who owes Illinois families in general and conservatives in particular an apology.”

A three-term legislator from the Chicago suburb of Wheaton, Ives decided to take on Rauner in the March 20 primary after he infuriated conservatives on issues such as the abortion bill – which allows taxpayer-funded abortions for people on Medicaid and people covered by state employee health insurance, according to the news outlet.

To watch the controversial ad, scroll on below – courtesy of The Young Turks.